After Easter breakfast of purpose

Remember when Jesus fed Peter and some of the disciples a breakfast of destiny? It had to do with fish and sheep. The point he made that day is one that created destiny for them. It can for us, as well. 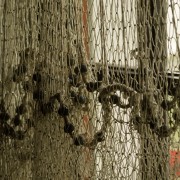 It had been a long night, a really long night. Peter and his buddies had returned to their comfort zone, the job they could do in their sleep.

It had been less than two weeks ago that the man who would be king, the one they’d left their business to follow, died at the hands of Roman soldiers.

Their hopes, dreams and desires were dashed like a small boat tossed on the rocks at sea. Then they went from the depths of despair to the height of ecstatic joy when Jesus  walked out of the tomb and through walls, appearing in their midst.

Had he really expected them to understand?

“Chill out,” he said. There was no way they could do that.

They had abandoned all to be His right-hand men, the ones he counted on. They figured they’d be first in line for cabinet positions.

Since he couldn’t figure it all out, Peter made a decision. “I’m going fishing” “Nothing else to do. We might as well come too,” the others said.

The seven set out to fish. It’s who they were. It’s what they did. Maybe they could bring in a little income to feed themselves and their families.

The fish, however, weren’t biting that night. It seemed nothing was working. With the sun rising they decided to call it quits. They were tired and hungry and still had to clean their nets.

As they headed to the shore, they noticed a man waving at them. “You guys catch anything?” he yelled.

“Naw,” they called back furrowing their brows and shielding their eyes to see who it was.

“I’ve got an idea. Throw your nets on the other side.”

Although it was against everything they knew about fishing, the disciples took the advice of the man who, by all appearances, had no fishing experience. He didn’t have a boat. He wasn’t dressed like a fisherman.

Doing what he suggested, they landed so many fish they wouldn’t fit in the boat. Then, they knew; they knew who He was.  He was the one who called them from their task as fishermen in the first place.

Although they hadn’t yet brought the fish on the shore, Jesus had a fire ready and fish roasting. The fish were his provision for them. They did not have to eat what they had caught, though He had also provided those as well.

At times, I’m sure the disciples thought they were living a fairy tale. First, Jesus calls them from being fishermen to live with Him for three years; He feeds 5,000 with a few fish and loaves of bread; He shows them where to fish and, then, He feeds them with fish that didn’t exist before.

What are we supposed to do now?

The after-breakfast chit-chat, though, seemed most incongruous. One might think Jesus would drive home the point of being fishers of men. Instead, He talked about feeding sheep and lambs. He was answering the question in their minds.

If the disciples’ brains had been whirling before this day, they were spinning nonstop at this point.
Everything Jesus did was for a purpose. There were no coincidences. He didn’t just happen upon these seven fishing and decide it would be a nice gesture to fix them breakfast and tell them how to catch the fish they needed.

Jesus did it all to make a point. He provided food for the disciples, not just for that day, but for quite some time to come. He cooked and prepared a meal for them when they were exhausted and famished. And He asked them, Peter specifically, if they loved Him.

There was no question in Jesus’ mind that these disciples loved Him. He wanted to be sure they knew they did and that they mattered in the great scheme of things. He tied it to feeding lambs, not catching fish.

He asked three times, Peter answered three times.  Maybe that’s significant or maybe He was just trying to get him, and those listening, to remember a truth that would change the course of their lives forever. He was answering the question below the question; the one buried deep in their souls.

What is my purpose?

Fishing was their profession. This was not work He was talking about, this was shepherding, loving, caring for others. It involved being fishers of men, but it involved so much more than that.

The breakfast Jesus fed them that morning was one they would never forget. It did so much more than just fill their stomachs.

It filled their lives and the lives of every person they met from that point on.

When has Jesus led you to a greater purpose?