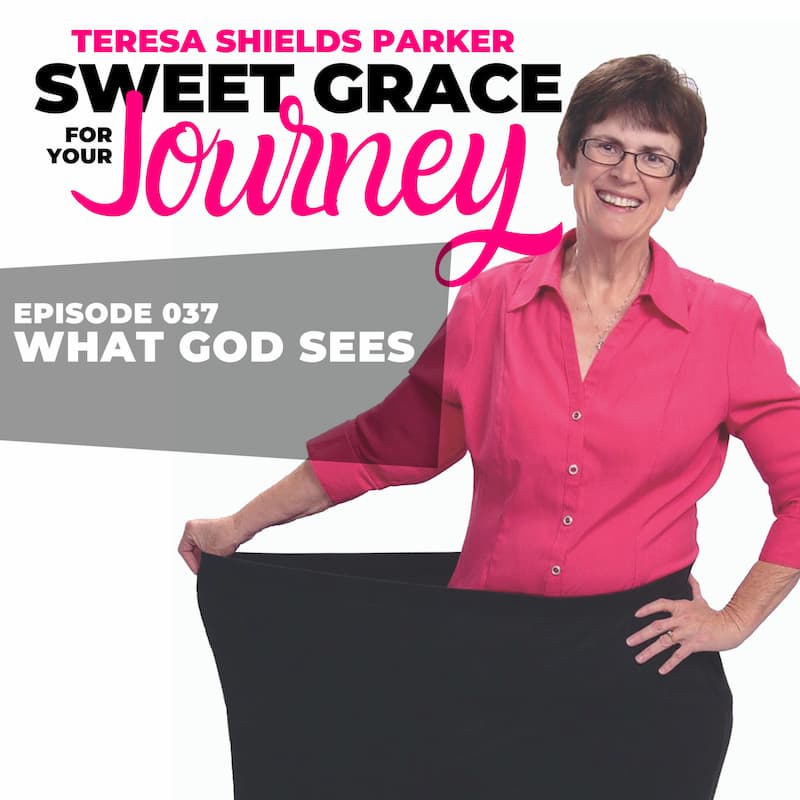 Weight loss is the reason people come into Overcomers Christian Weight Loss Academy. However, I’ve really pondered changing the name to Overcomers Healthy Living Community. That is really more what I teach. However, the words healthy living really don’t trip the felt need trigger. It wouldn’t have for me when I weighed 430 pounds. All I wanted was to lose weight.

Truth is, I’ve not met many women who don’t want to lose weight even if it’s just a few pounds.

Believe it or not, those who weigh 120 may hate what they’ve done to themselves as much as those who weigh a 420. When I look back over my life, I see this as more than true. I remember weighing 120 in high school. That’s when all the cheerleaders weighed 100 to 110 pounds. I thought I was fat then.

I also thought I was fat in third grade when I first got glasses because a classmate, who didn’t wear glasses called me a four-eyed fatso. I look back on my third-grade pictures and see that I was not a chubby kid. The glasses could have been more stylish, but I wasn’t fat. I might have been a size larger than the other girls in my class, but I wasn’t round as a beach ball. Those words, though, defined how I thought of myself for years after that. I hated my size because I was not a petite little thing like the popular girls in my class.

When folks come into any coaching program I lead the first thing I want to try to get them to understand is that God sees them as beautiful no matter what size they are. The woman who weighs 120 needs to understand this as badly as the largest woman I’ve ever had in my group. Yes, God wants us to be healthy, but He doesn’t condemn us for what we have done to ourselves. He doesn’t have to. We do that all by ourselves.

Remember Romans 7:18-19 TPT? Paul sets up the scenario we all feel from time to time.
“The longings to do what is right are within me, but will-power is not enough to accomplish it.  My lofty desires to do what is good are dashed when I do the things I want to avoid.”

He goes on to say in verses 24-25, “What an agonizing situation I am in! So who has the power to rescue this miserable man (or woman) from the unwelcome intruder of sin and death?  I give all my thanks to God, for His mighty power has finally provided a way out through our Lord Jesus, the Anointed One! So if left to myself, the flesh is aligned with the law of sin, but now my renewed mind is fixed on and submitted to God’s righteous principles.”

This is really good news for us. He tells us there is a way out of our predicament. It’s not more willpower. It’s not hard exercise. It’s not eating all the right foods, it is simply submitting to God completely. When we do that everything else will fall into line.

The problem is we try to follow all the rules without totally submitting to God. This never works because we are once again following a law or a rule rather than submitting to Christ.

The next verses in Romans 8:1-2 TPT really gives us a better understanding of all of this. “So now the case is closed. There remains no accusing voice of condemnation against those who are joined in life-union with Jesus, the Anointed One. For the law of the Spirit of life flowing through the anointing of Jesus has liberated us from the law of

We are FREE from the tempter’s pull when we are joined to Jesus. Why? Because within us we have the Spirit of life flowing through us. This is a really big deal, one we just take for granted.

Those who have not accepted Christ have to rely on their human reasoning to do right or wrong. When we accept Christ we immediately receive the Holy Spirit. That means we have a dunamis power. Dunamis is a Greek word from which we get the word dynamite. The Holy Spirit is dynamite!

If you are a Christian you have dynamite inside you. However, dynamite is useless unless we light the fuse. Until then, it’s just another stick lying there. It has no power until we light the fuse. That’s the dunamis power of the Holy Spirit. It lies dormant until we activate it. The fuse is lit simply by us admitting our weakness and asking for His strength because the Holy Spirit is the Spirit of Christ.

So how to put this power to work for us? First, we have to recognize the lies we are believing. One of the biggest ones for me was that I am a four-eyed fatso. I believed that even when I was a grown adult. The lies we believe about ourselves become self-fulfilling prophecies.

The evil one is the Father of Liars. His currency consists of lies, which are half-truths that turn into full-blown lies. In my life, he set those lies in motion when I was in grade school and I believed the lie that I was a four-eyed fatso.

Many people will tell you that it is of utmost importance what voice you listen to the most. However, there is one voice you will always listen to and that is your own voice. Want to change how you see yourself? Change what you tell yourself. You have more power over your mind than you think you do.

I remember the first time I realized I was living this self-fulfilling prophecy. I was an adult and had dropped the four-eyed term, but I regularly told myself I was a fat blob. That morphed into me believing there was no hope for me. Then, it would drive me to eat something to relieve my pain which usually was something decadently sweet.

Then I’d reiterate, “You are a fat blob. You’ll never lose weight.”

I had told myself this for so long that I didn’t even know it was me doing it. It was just part of my everyday life. Then, I went to a seminar and heard that I didn’t have to listen to the voices in my head. I had the power of the Holy Spirit to change the narrative. I just had to activate it.

I needed to activate the power of the Holy Spirit. All I had to do was ask the Holy Spirit to remind me when I was repeating something that wasn’t helpful for me. There was one problem I had to overcome, though. The truth was I weighed 430 pounds so I was a fat blob. It didn’t feel like I was telling myself a lie. I was being pragmatic. I was being truthful. Wasn’t I?

How God Sees Me

However, truth is how God sees me. I knew my loving heavenly Father would never call me a big fat blob. I knew His Word says “man or humans, are the ones who look at the outside of me. God is different though. He looks at my heart. He looks at what I believe about me.” I needed to change what I believed about myself.

I decided to be brave and find out what God believed about me. So, I simply said to Him, “God, all my life I have believed I am a fat blob. I know I’m super morbidly obese. I don’t deny that. But God how do you see me?”

He answered me immediately with just a few words. “You, my Daughter, are beautiful.”

It really caught me off guard. The God of the universe thinks I am beautiful? If He thinks I am beautiful then I need to be telling myself that instead of I am a Fat Blob. It took some time, but every time I started muttering to myself or even thinking that I was a fat blob, I would say, “No, I am a beautiful daughter of the king.”

The first and foremost thing we must believe is that we are worth working on. God loves us like we are, but He also knows how we take care of our physical bodies, which are the temples of His Holy Spirit, will be a big determining factor in how long we are here on earth and how much kingdom work we can do while we are here.

He doesn’t want us to lose weight so we look better. We are already beautiful to Him. He wants us to eat healthy, exercise, get good rest and have a good mix of work and recreation so that we can fulfill the purpose for which He placed us in our bodies in the first place.

Seeing ourselves as God sees us takes tapping into the heart of God. It takes believing that He does indeed love us. It is not thinking of ourselves in a prideful way, it is simply seeing our lives through God’s eyes.

What we should be asking Him is: “What is Your vision for me God? How can I do the things You have laid out for me to do? What is the first step?” For me that was simple. I knew God wanted me to write books. I also knew I had no energy, clarity or stamina like I was. I knew if He truly wanted me to be an author, I had to lose weight. That was my why which was totally connected to God’s why.

Ask yourself right now, What am I telling myself that is contrary to what God believes about me? Then, ask God, What do you believe about me?

Make it your goal to catch yourself when you repeat the negative thing you believe and replace it with God’s positive truth about you. Ask God to remind you to do this. Take a few minutes and write out the positive affirmation about yourself at least 20 times. Then say it aloud that many times.

There is something powerful about writing the words and then reading them out loud. Your brain needs to hear you say: I am beautiful. God believes it and so do I.

To get the free download of 77 Affirmations, go here: https://www.teresashieldsparker.com/teresas-77-affirmations/