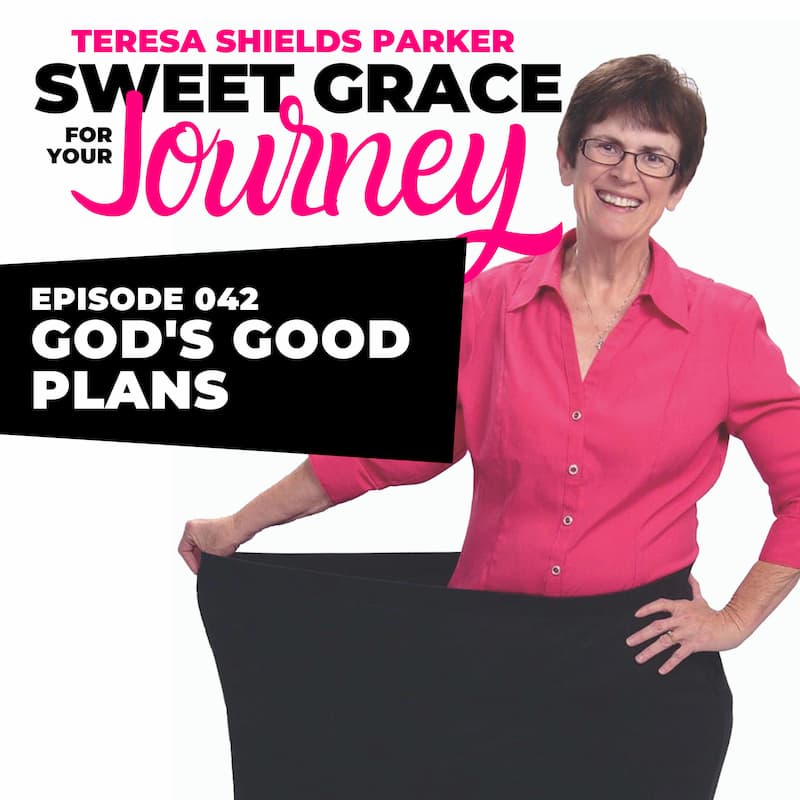 God does have good plans for us. What He says in Jeremiah 29:11 is not just a cliché, it’s a solid truth. “For I know the plans I have for you,” says the Lord. “They are plans for good and not for disaster, to give you a future and a hope.”

God said this and we say we believe it but do we really. Do we really think God has good plans for us? Because right now everywhere we look there seems to be disaster. Let’s unpack this verse a little and try to understand the context and what God was saying.

When God told them this the children of Israel were in captivity in Babylon, which is present-day Iraq. In the verse before this one, God tells those who had been exiled to Babylon to build homes and plan to stay. Plant gardens and eat the food they produce. Marry and have children. Find spouses for the children so that they would have many grandchildren. He said, “Multiply. Do not dwindle away. And work for the peace and prosperity of the city where I sent you into exile. Pray to the Lord for the city, for its welfare will determine your welfare. “

In Jeremiah 29:12-14 God tells them what He wants them to be doing:  “In those days (the days they are in captivity not knowing what else to do) when you pray, I will listen.  If you look for me wholeheartedly, you will find me. I will be found by you,” says the Lord. “I will end your captivity and restore your fortunes. I will gather you out of the nations where I sent you and will bring you home again to your own land.”

Then in Jeremiah 30:10-11 God tells His people: “Israel will return to a life of peace and quiet, and no one will terrorize them. For I am with you and will save you,” says the Lord.

There’s a lot going on here in the history of Israel, but the important thing is God has a plan for His people. Christians are included in this plan because when we accepted Christ as Savior we were grafted into the kingdom. (See Romans 11:17-24).

There have been so many times in my life when I have thought I was headed towards disaster. One of the biggest times was when I gained up to 430 pounds. At that point in my life, it wasn’t that I was headed for disaster, I was a disaster.

I totally own the fact that I enabled myself to gain such an enormous amount of weight that I was beyond the highest category on the Body Mass Index (BMI) scale. Overweight is those whose BMI is 25-29.9, obese 30-39.9, morbidly obese, over 40, super morbidly obese over 50. My BMI was 71.5!

It so felt like I had woken up in a very bad, no good, horribly disastrous nightmare of my own making. To top it off, I had no future and I had no hope. I was in captivity to my own appetite. It felt like I was in a prison, but I knew it was a prison I had created.

It’s a stronghold, like is mentioned in 2 Corinthians 10:3-5. Strongholds are mental mindsets, lies that we buy into. The word stronghold can actually be translated as a prison, a strong place where someone is held captive and they cannot get out.

What happens though when you have exiled yourself into captivity? How does this whole thing work then? Where is the good in this? Well, first of all, strongholds are not what God wants for us. He came to give us freedom, freedom to follow Him.

God gave the children of Israel the way through their captivity in Jeremiah 29:11-14. Did you catch it? I see three steps to getting out captivity and three things God will do when we complete those three steps.

The three steps to getting out of captivity are:

Then He promises to do these three things.

Jeremiah 29:11 is what God wants for us: good and not disaster, a future and a hope. That’s His plan. However, if we don’t do our part, it’s going to be really hard for God to do His part.

First step is prayer. This is not just a short prayer in the morning and a quick thanks for the food God. This is continual prayer, prayer without ceasing where we talk to God like He is our BFF. We tell Him everything and we listen when He talks to us.

We seek Him wholeheartedly. This looks different for everyone. For some it’s on your face in His presence. For others its joyous praise dancing. For others its fervent prayer for extended times. For others its intercessory prayer on your own in your prayer place and for still others it’s staying in constant touch with God throughout their day. However, we pray it must be with sincerity and commitment.

We pray and seek God wholeheartedly in order to find God. What does God mean here when he says,” If you look for me wholeheartedly you will find me. I will be found by you?”

The Message says it so we can understand it a little better. “When you call on me, when you come and pray to me, I’ll listen. When you come looking for me, you’ll find me. Yes, when you get serious about finding Me and want it more than anything else, I’ll make sure you won’t be disappointed.”

If we want to get out of captivity, especially if we are in a prison of our own making, we need to be diligently looking for God. He’s the One who can help us. Many times, though, God may be the last one we want to find us. If we have put ourselves in a prison of our own making that means we think we have to set ourselves free. But stop and think for a minute. If you put yourselves in prison, it’s going to be difficult for you to get free without help. God is the first one we should be looking for. Instead we try to figure it out on our own.

The prison I put myself in was eating foods made with sugar in order to placate my negative emotions. I had allowed the thought that I couldn’t survive without these kinds of foods to become a stronghold in my life. It was a lie felt exactly like a solid truth. The only One who could show me the way out was the very One I was avoiding.

I didn’t want to find God because I knew He had already told me my freedom would be found in giving up those foods. I wasn’t praying about this. I wasn’t seeking God wholeheartedly. I knew if I sought Him, I find Him. And when I found Him, He’d tell me the same thing.

Where is home? It’s the place you were at before you went into captivity. Before you stepped into the prison of your own making. For me it was in the security of following God with all my heart. I longed to return there, but I felt I couldn’t because I had strayed so far away.

What God was asking me to do was to follow Him wholeheartedly. But I was doing it in a halfhearted flippant kind of way where I’m following Him one day and off somewhere else the next. That won’t work. He wants all of me. The part of me that was eating myself into oblivion because I thought that was making me feel better had to stop, turn around and get back on board with what God wanted for me.

When I finally put all my eggs in God’s basket, He will bring me home. Until I’m off on my own doing my own thing following after my own desires, He can’t bring me home. When I finally saw what I’d done to myself and how far I’d strayed from what He wanted for me, I prayed. I sought Him with tears of repentance and I found Him. Why? Because He wanted to be found by me.

It can feel like God’s hiding from us when we aren’t following Him, but the opposite is true. We’ve walked away from Him. He’s there waiting for us to surrender whatever we’ve put between us and Him. For me it was foods made with processed sugar and flour.

For others it can be fried foods, fast foods, processed foods, chips and snack foods. For others it’s binging or overeating. For some it might be anger, shame, rejection, people pleasing, over achieving, over working, overspending, gambling, alcohol, cigarettes, drugs, pornography or any number of things.

Whatever it is, it is keeping you from your future and has dashed your hopes. You feel like you are living in disaster and you long to taste of the good plans God has for you. God hasn’t torn up His plans for you. God is the author and finisher of your story. He’s got a plot twist just waiting for you.

He had one waiting for me and I’m so glad He did. My life changed dramatically when I got on board with His good plans for me. I lost the equivalent of two people or 250 pounds, but that’s not the biggest change. I got rid of tons of emotional baggage and came running home to God. I found Him again. You can too.