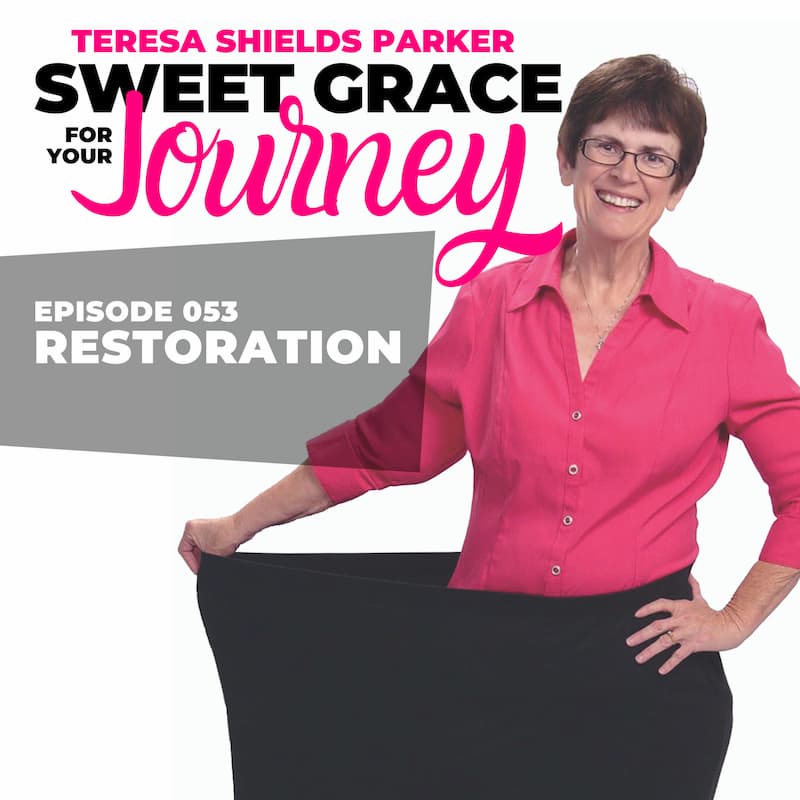 What does restoration really mean? It means to “bring back something to a former or original state.” It is many times used in the Bible to mean being brought back to life either physically or spiritually.

I would not have known the real meaning of restore at the beginning of this year. To be restored, I had to face my own mortality. I’ve faced it many times. Now that I’m through my recent abdominal surgery, I can talk about it more. There is just something that happens inside you when a surgeon says, “This is what we want to do, but to tell you the truth, we’ve never seen this before and we don’t know what we’ll find when we get in there.”

My restoration will take a while. Healing from the inside out can’t be rushed and is a necessary part of recovery. One big part of restoration for me has been rest. If you know me, you know I don’t like to rest. It feels very unproductive.

Yet when I go in every other day to get my dressing changed and the nurse tells me how much I’ve healed, I realize it has all been due to me being able to rest enough to give my body time to do that.

That’s the physical restoration, but there is also a spiritual restoration that takes place when we rest in God and trust Him to take care of us and He always does. The other day God brought a line from a Keith Green song to my mind. “Restore unto me the joy of thy salvation.” The words are from Psalm 51:12 KJV and the song I was remembering was “Create In Me A Clean Heart. “ I wondered just what David, the writer of the Psalm meant when he penned those words?

David wrote this Psalm after the prophet Nathan pointed out his sins of adultery and murder. David, the man after God’s own heart, had been trying to “fix” the wrong he had done. He hadn’t faced his sin. If you think about it this was at least nine months after his sins. The baby he had illegitimately conceived with Bathsheba had been born and then, died. During all this time, David wrote no Psalms.

Writing the Psalms was David’s way of talking with God. He was running from God, not physically, but spiritually. He felt far away from God. I’m not sure if he felt like he was above God’s rules and laws and because he was king he could do what he wanted or if he really felt that God’s salvation had been taken from him.

But after Nathan helped him see his sin, He confessed, repented and asked God to create in him a clean heart and renew a right spirit within him. He cries out to God and entreats Him to not throw him away from God’s presence and not to remove the Holy Spirit’s anointing and presence from him. Then he asks God to restore to him the joy of God’s salvation.

He is recognizing that God and God alone is the giver of salvation. He realizes he is far away from God, but God had been there all the time. He was simply waiting for David to come back to Him. David recognized the distance and with the distance went His joy. He longed to be close to God again, to feel the joy that comes from listening to the Lord and following Him. He needed that again. He realized He couldn’t remain being a king without that close relationship with God.

As I began to understand what restoration meant to David, I saw a parallel in my own life. David at least spent a year not repenting of his sin. However, I spent a whole lot more time than that before I really repented before God. I had fallen into a trap I think a lot of us fall into where we don’t think of eating that extra piece of cake or that little bite of this dessert or an extra helping of mashed potatoes as a sin.

We’ve been doing it for so long we don’t see it as a big deal. We aren’t a dirty, rotten sinner like David who was an adulterer and murderer. Or are we? Do we really believe that no sin is greater than any other sin? Or are these little sins that morph into much bigger strongholds the longer we do them ok?

We have to understand that the devil is smart! He knows all he has to do is grab us in one area and wheedle his way in until he has made a comfortable cozy nest in our lives, which he then expands to take over everything about us. When he has successfully set up his stronghold in us, he sits back and watches us squirm.

We don’t like what we’ve done to ourselves, but we can’t seem to get out of the pit we have dug for ourselves.

God has good plans for us. He wants us to be healthy in order to fulfill those plans. He is ready to restore the joy of our salvation to us. He wants us to understand that we are His sons and daughters, whom He loves. That means He wants the best for us. Not all the goodies we can eat, but all the spiritual blessings He wants to reign down on us.

Remember when you first accepted Jesus as savior? Remember the joy you had? Where has that joy gone? What would it be like to have the joy of your salvation restored? What has covered up that joy? What might you have to do to uncover and rediscover that joy?

Are there areas where you are disregarding God’s voice because you think that little areas of disobedience like what we put in our mouths doesn’t matter?