How Do I Forgive?

That God commands us to forgive is a scriptural truth we cannot get around no matter how hard we try. The issue is, how do we forgive when the hurt has run so very deep we think we will never be the same again … ever. 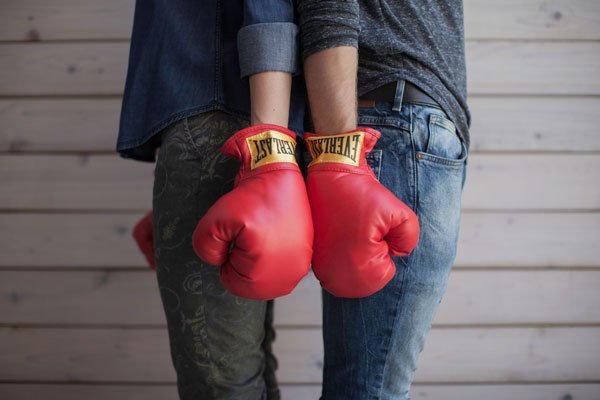 Part of the problem is we categorize the sins that others do to us. God, however, doesn’t have categories of sin. To Him gossiping is as much of a sin as our spouse cheating on us.

To us they are vastly different because one may cause us to be slightly perturbed, especially if people are gossiping about us, but the other wrecks us emotionally, ruins our marriage and family and makes us feel devastated.

God is not asking us to disregard the trauma that any number of difficulties bring us. When He tells us to forgive, it is for our benefit. It is to help us move forward with our lives instead of staying stuck in the past and allowing that situation to rule us.

God wants better for us, but He also gave all people free will. That means no matter what, people can make really bad choices. They go with their wants and desires and ruin lives in the process. They aren’t thinking of anyone else but themselves.

They may never change and we cannot change them by holding grudges against them. They have moved on and are living off their own desires for sex, money or power, the three main motivations for most of the anguish others cause.

If we harbor the anger and try to get back at them, we have played right into their plan of advancing their agenda because it will eventually ruin us.

How Do I Forgive?

God’s plan to cut through this is simple. Forgive and you will be forgiven. (See Matt. 6:14). Understand that we must see their sin as God sees ours. It doesn’t make sense to us because we rate sin. To God, though, our sin of telling what we consider an innocent lie is as wrong as someone stealing our inheritance.

The question then becomes, how do I forgive? The biggest issue I’ve ever had to forgive and work through so far was being molested when I was 11. When something monumental happens to us at that age, we don’t know what to do with it. I told no one. I was afraid people would think somehow I was to blame.

My dad never wanted me to wear shorts or short-sleeve shirts. It was summer and I was wearing both of those. Maybe it was my fault. Maybe my family would side with the much older, popular friend of the family and think I was to blame or they wouldn’t believe me at all.

I couldn’t chance it. I didn’t tell anyone. I determined I would protect myself. I would try to never be in a position to be alone with him.

For years after it happened, I told myself it was ok to eat whatever I wanted, whenever I wanted because then I could protect myself from men like the one who molested me.

Whenever I thought of him, I saw him looming as a monster in my mind and I was a tiny speck in comparison. There seemed to be no getting away from the terror those memories caused.

It wasn’t until I was a married adult wife and mom that I began to understand the depth of emotional pain I was carrying because of this incident. I happened to hear Joyce Meyer share her story of being raped continually by her father.

Her story was ten times worse than mine and I wondered how she could be such a dynamic Bible teacher with that past. Then, she shared how God had led her to forgive him.

As she led us in a prayer, I simply said, “God I choose to forgive my abuser for the fear and anguish he caused me. I don’t want to carry this pain any longer.” I didn’t realize how ready I was to release the pain. The moment I said those words, he became like a little shriveled up old man in my mind.

I’ve faced other situations, though, where someone has made a choice which hurt me deeply. Those have been harder for me to forgive because I always want to change the scenario.

I want them to admit they made a wrong choice. However, their choice has already been made. They aren’t going to change their minds. It’s not a story that can be rewritten.

Forgiveness Is A Process

Forgiveness is a process we have to go through. The person who wronged us will be held accountable to God. Our job is to forgive them.

In those cases, I finally had to be obedient to God and forgive them. I did not go to the person and tell them I forgive you. If the person is not sorry that will only cause more problems.

Once again, I release it to God and leave it there. If I pick it up again, I forgive again. Each time I have had to do this, a little more of my anger, frustration and pain is released.

Do It Until It’s Done

Forgiveness is a process. We do it until it is done. Eventually the obsession with the issue fades. One day months down the road something may trigger a thought of the person, situation or circumstance. I know forgiveness is done when I can think about it without the emotional turmoil I felt in the past.

This is the point at which I once again become so grateful that God’s plan of forgiveness actually works. I can look back and remember times when I spent months writing out the ways things should have gone that would have made things better for me.

I was obsessed with fixing the issue when the issue was unfixable by me. Only God can make everything work out in the end. He is the author and finisher. He knows the entire story. We don’t.

Getting the Most Out of Pain

God uses everything we go through to help us learn how to depend on Him even more. Some things people choose to do us hurt and are not in God’s perfect plan for our lives, but it still does not take Him by surprise. He will use the pain they caused to help us focus on Him even more.

It’s only as we navigate through our difficulties that we understand how deeply God loves us. Only then do we get the courage to keep on going because in this life and the next there is still more beauty to grab hold of.

“We never give up. Though our bodies are dying, our spirits are being renewed every day. For our present troubles are small and won’t last very long. Yet they produce for us a glory that vastly outweighs them and will last forever!

“So we don’t look at the troubles we can see now; rather, we fix our gaze on things that cannot be seen. For the things we see now will soon be gone, but the things we cannot see will last forever,” (2 Cor. 4:16-18 NLT).

Forgive. It’s one of the best things you can do for your emotional, spiritual and physical health. It has rewards here and for all eternity.