Scaring people away with your profile picture, finding true love

Finding true love is a dream most people have. In this Welcome Wednesday’s post Deanne Welsh talks about the process of online dating and presenting yourself in your best light. Oh, the things you can tell about a person from their profile picture.

As I waded through the matches of men who looked old, odd or obviously desperate, I questioned my choice to reactivate my online dating account. 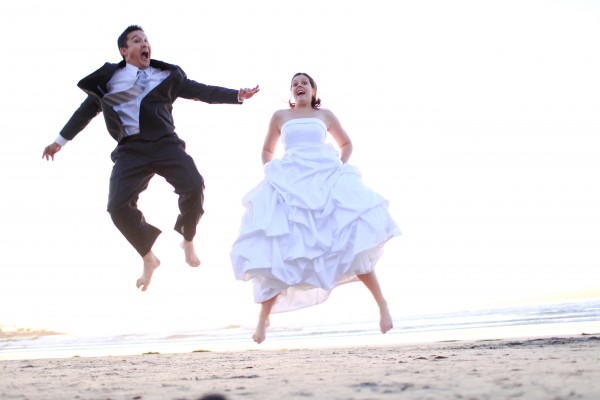 Jon and Deanne Welsh being goofy on their wedding day.

His nose seemed to fill the entire picture. Sure, I could see his eyes peeking out behind the mountain of his nose, but barely. Archive.

I was 27. The oldest of four and my younger sister was already married. What was wrong with me? What if I’m alone forever? If desire and effort had anything to do with finding Mr. Right, I should have met him years ago.

My next match’s picture was of a green hill. In the distance, half way up the hill, stood a man. I squinted, trying to make out his face. Why is this his only picture? He must be hideous. Archive.


Unbelievable. This man had pictures, but every one of them included a beautiful woman smiling into the camera with him. He must have a slew of friends who happen to be girls. I don’t want to be one of your groupies.  Archive.

He was handsome, but five of his eight pictures were goofy. I knew I was goofy, but not that goofy. Still, I was intrigued and moved on to my other criteria. Reading. He enjoyed reading and had intelligent comments on The Life of Pi. Check. His location: San Diego. Check.

I decided he could stay in my current matches.

My friend was persuasive. She sat me down, uploaded my pictures and typed my answers to the questions. I would never have signed up for the online dating service on my own, but I was willing to give it a try. When she left, I began scrolling through my matches.

Everything was pink. Her clothes, her eye makeup and the entire bedroom behind her in the profile picture were pink. Ugh. I hate pink. Archive.


My next match looked normal, but her beliefs didn’t match my own. Even more than profile pictures, I wanted someone with similar beliefs to fall in love with and raise a family. Archive.

Wait! I knew the next match. Awkward. I could quickly close the match. Maybe they hadn’t seen me yet. Instead I decided on the T-Rex strategy from Jurassic Park. If I don’t move or do anything, maybe she won’t see me.

Finally, a match with similar beliefs and beautiful eyes, but when I checked with my roommate he told me she was the type of person who might or might not be pretty in person. Her location: San Diego. I decided to contact her.

I glanced around the coffee shop hoping I would recognize him from his pictures. He was slimmer in person. Coffee became dinner. When he walked me to my car my biggest question had been answered. He was not creepy.

The time with him had been like time with an old friend. His relaxed and friendly conversation made it easy to be myself. I smiled at the sun as it set beyond the freeway.

When Deanne walked up to my coffee table, it was decided. Pretty. As we talked and had dinner, I knew. I have found a friend and she might even be the one. I began to plan date #2.

Six months later I mentioned to Jon that his comments on the Life of Pi were one of the reasons I had given him a chance.

“It wasn’t the Life of Pi. I was reading the History of Pi, you know, about the number.”

“I’m not sure I would have kept you in my matches.”

“Well, the Life of Pi is a story and I love stories and words. The History of Pi is about math. I wouldn’t have been as impressed because I don’t find the study of math interesting.”

I rejoined the online service with a cynical heart, having been on and off the site for over four years and just coming off of a break-up with someone I had met at church. I wondered if I would ever find love. Jon joined with an open heart and mind.

We met four months later. Seventeen months after that we were married.

While the experience taught me the importance of a good profile picture, the most valuable lesson I learned is the importance of face-to-face time to truly discover who a person is. That wouldn’t have happened, though, if I hadn’t been open to meeting someone new.

What have you learned as you navigate between the electronic and the real world? 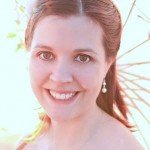 Deanne Welsh can be found at www.eclecticwaters.com. She writes for Turning Points magazine and loves words, stories, salsa dancing, techno music and deep conversations. Her upcoming e-book Living with Dragons: how to protect your inner world delves into the subject of loss, the lies we believe, and how to find healing. You can sign up to receive it free by clicking here.
Teresa Shields Parker