I feel like I have lived two lives. I spent at least 30 years as a super morbidly obese woman once weighing 430 pounds. The last six years, I’ve lived in what feels like a totally different more normal body. I could have never lost over 250 pounds, though, without understanding some big truths about weight loss. 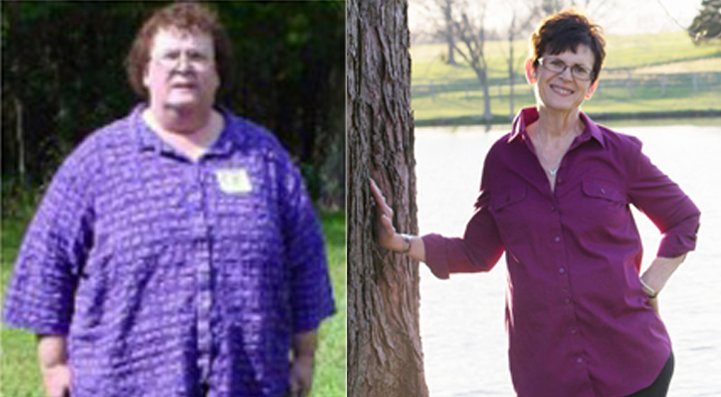 It’s crazy but even the most beautiful of women want to change some part of their body. They either want to lose weight or gain weight. Surgery, botox, liposuction and other such inventions seem like solutions to their dilemma that they just don’t like themselves the way they are.

If they are overweight they desperately want to lose weight and lose it right now so they can get on with their lives. They feel everything hinges on one thing—losing weight and losing it fast.

Statistics show that 68% of Americas are overweight, obese or beyond. Studies also show that about half of Americans, both men and women, say they are trying to lose weight. No wonder weight loss is a $60 billion industry.

Most every diet or weight loss plan promises easy weight loss, but take it from me there is no easy way to lose weight and keep it off. All the plans that promise quick weight loss are pitched to our secret fantasy that those 20, 50 or 100 pounds will just magically fall off without any effort on our part.

I have to hand it to the marketers. They really are pros at making us believe that their product, diet or supplement is the magic fix that will make it so that we can eat whatever we want and lose weight at the same time.

I believed that until everything I tried had only resulted me eventually gaining more weight. I finally began to see that I was believing in a fairy tale.

Does God Love Me If I’m Fat?

What eventually became of paramount importance to me was does God love me even if I’m fat? I knew that He did. Scripture tells me that there’s nothing that will separate me from His love. He loved me even though I weighed 430 pounds and didn’t love myself.

I also knew that even if I lost weight, He would not love me more than He already did. What had escaped me for most of my adult years was that He loved me too much to leave me where I was. He had great plans for me and He needed me to be healthy—body, soul and spirit to fulfill those plans.

He knew certain foods had become a stronghold in my life. He knew I had allowed them to become so entrenched in my life that I didn’t think I could live without them. I had put those foods above Him and He knew that would end in disaster for me if I continued along that path.

I felt foods that contained sugar and flour kept me sane when I ate them. Without them I felt I might be a screaming maniac. What kind of witness would I be doing that? I felt I had to have those foods so I would have the appearance of being somewhat godly.

God has a way of speaking to me so that I can’t get away from what He is saying. One day I was reading a verse I’d read often, but happened to read it in a different translation. All of a sudden it grabbed hold of my heart. It made me stop and re-evaluate everything in my life.

“He was saying to them all, ‘If anyone wishes to follow Me as My disciple, he must deny himself, set aside selfish interests, and take up his cross daily, expressing a willingness to endure whatever may come, and follow Me, believing in Me, conforming to My example in living and, if need be, suffering or perhaps dying because of faith in Me,’” (Luke 9:23 AMP).

More than anything I wanted to be a disciple of Jesus. I wanted to be known as His follower. Until that moment I had not considered the fact that denying myself meant I had selfish interests and that those had to be set aside. I clearly saw that eating whatever I wanted to eat, whenever I wanted to eat it and in whatever quantities I wanted was an extremely self-centered desire. No one needed to be consuming as much food as I was.

Even scarier to me was that I needed to have a willingness to endure whatever might come. I thought of people who don’t have enough to eat. Obesity has been called the affluent addiction. That’s because food costs money and more food costs more money. What if I didn’t have money to buy the foods I loved? The thought frightened me.

I saw that Jesus defined following Him in such specific terms that I began to believe I could never be called His follower. I had to conform to His example in living and suffer or die because of my faith in Him.

How Committed Am I?

Up until this point I felt like I was a pretty committed Christian, but I saw how my commitment was nearly non-existent. What if He called me to go to a foreign country where the foods I loved were in short supply or where large Americans were seen as greedy? Would I give up the foods I loved to do what God wanted me to do?

What about conforming to His example? Just the fact that Jesus walked every where He went and didn’t care where His next meal came from was enough to rule me out. Then there was that thing about suffering. I realized for me suffering was doing without the foods that got me through the day. I’d even been known to say that I’d die for a piece of Mamaw’s oatmeal cake. It was melodramatic, sure, but it was also very revealing about my desires.

Through this verse God clearly showed me the intents of my heart and they weren’t good. I pretended to be holy. I served on every Christian organization’s board of directors I was invited to, taught every Sunday School class and served on every committee asked of me, volunteered every time I was asked by the church or Christian organizations, but it did not make up for the fact that I had a commitment problem. I was not fully committed to Jesus in every aspect. I was not all in.

God demands allegiance from us if we are to be His followers. It can’t just be lip service. We have to love Him enough to obey Him. That means obeying His written Word, as well as the words we know He is speaking to our hearts.

Most of us spend our time being semi-committed. We waffle on whether or not we will do something because we aren’t sure it will work for us.

I had been on so many diets that I wasn’t sure that I even wanted to try to lose weight again. When I finally saw what God required of me, I made the decision to give everything to follow Him, even in what I ate and how I moved. I wasn’t going on another diet. I was on an all-in commitment journey. That made all the difference.

I had been a pro at not making a commitment to any diet or weight loss plan or program, even Christian ones. I always had an I’ll try it and see. When I finally felt like I had come to the end of myself I realized, I have to make a commitment to this. It’s not an option. This is my last resort and I will make it work because I am committed to following what God shows me to do.

For years, I thought I was great spiritually, I just had this one area I couldn’t seem to control. But I prayed, I listened, I followed. Well, I followed everything God showed me to do except when it came to what He said about how I should eat and how I should move. Those were my big areas of disobedience, which is the same as saying my areas of sin.

When I finally became desperate enough and surrendered even those areas to God, everything changed for me. everything. It will for those who commit to this journey as well, I can tell you how to do that. I can give you ways to do that, but only you can do it.

Only you can make a firm commitment to be all in.

Commitment to the Process

That’s why in Overcomers Christian Weight Loss Academy, I ask members to be committed to this process for at least six months. That’s because we presume those who join want to do everything they can to change their lives. We give our members the tools to do that.

We provide direction, encouragement, support and challenge each member to an even higher commitment to follow God every single step of their journey. This journey is more about following Him completely than anything else.