Obstacles and the Enemy

We are way too religious in our thinking. Somehow as Christians we have decided if we run up against an obstacle that must mean God doesn’t want us to go forward with what we KNOW He’s already told us. We don’t take into consideration that we do have an enemy and it isn’t God. 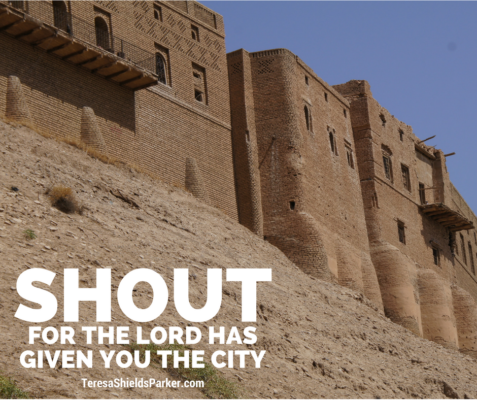 God will not close the door to whatever He has shown us to do. The enemy, though, loves to deceive us and make us think it’s God who has put an obstacle in our paths. I want to submit that maybe God wants you to use a new strategy to defeat your enemy. Maybe He just wants you to continue walking around your Jericho until the walls fall down.

There was no city more formidable than Jericho. “Now the gates of Jericho were tightly shut because the people were afraid of the Israelites. No one was allowed to go out or in.”1

I can just hear the Israelites whispering amongst themselves. “The walls are too tall. The city is too secure. There’s no way we can get in. They are too strong for us. It must mean we should leave this one.”

It’s a good thing Joshua knew to listen to the voice of God. The Lord told him, “I have given you Jericho, its king, and all its strong warriors.”2

Joshua could have taken his people and moved on, but he knew they could not leave such a strong fortified city in the land. To do so would be abdicating all God had promised them. It would be akin to becoming captive once again.

Y’all know the crazy story of how God showed the people to walk around the city once a day for six days not saying a single word.3 If they were like Christians today they would have been murmuring and complaining about this ridiculous display thinking they should be storming the gates. And what’s with all the horn blowing anyway?4

Talk about closed doors. Each day the Israelites marched one time around the wall. Joshua just told them what to do each day and then they’d go back to the camp and wait for the next day. The gates were still tightly shut. The walls were still enormously tall. The fortifications were still solidly in place every day for six days.

By the seventh day, I’m sure the Israelites were getting pretty tired of this show of inaction. They might have been saying, “Really, march around the wall again? When are we getting in? When are the gates going to open?”

Here’s the deal, though, God didn’t want the gates to just open by the force of men. He wanted a dramatic and radical showing of His power. He wanted there to be no doubt about the fact that He had delivered into their hands the most difficult city they had encountered. And He had done it simply by the sound of their voices.

“ When the people heard the sound of the rams’ horns, they shouted as loud as they could. Suddenly, the walls of Jericho collapsed, and the Israelites charged straight into the town and captured it.”5

What Is Your Jericho?

Now, I want to ask you what is your Jericho? What is that think that seems tightly shut up and you can get no entrance? What thing have you come up against that the doors have seemed so closed that you have said, “Well, it must not be God’s will for me to get into that group or go on that weight loss change journey. It must be a sign. I’ll just do nothing.”

Did you ever think about it this way? Maybe there is an obstacle in the way or a closed door that you need to ask God to open. Maybe He wants to show His power strong on your behalf. Maybe the enemy has closed the door to make you think it won’t open for you.

The Door Will Open

The last few days have been some of the strongest warfare prayer days of my life. So many technical things beyond my control have been happening to my website that it is not humorous at all. I do what I can. l pray, contact the technical people to help and come against whatever seems to be blocking people from getting the deliverance they need through #KickWeight.

See, #KickWeight has a proven track record of helping God’s people get set free of “the unnecessary weight and the sin which so easily and cleverly entangles us.”6 Those in the first session lost an amazing 408 pounds. It was beyond my wildest dreams for that group.

Shout for the Lord Has Given You the City

I developed this group just for those like I was when I felt I could submit to God in every way except what and how much I ate. As Christians we tend to be pretty good at staying away from drugs, alcohol, pornography and other sexual sins, but we can eat and boy, do we.

Jesus said, “The thief comes only in order to steal and kill and destroy. I came that they may have and enjoy life, and have it in abundance to the full, till it overflows.”7

When what you are trying to do is follow Jesus with all your heart and step into the destiny and abundance He has for you and you run up against a closed door, do not think it is God.

Investigate the source. Knock on the door and see if it opens. March around it six times, but don’t give up then. The seventh day is coming.  “Shout! For the Lord has given you the city!”8

Trust me on this. The doors to #KickWeight are open. I have said they will be open until October 5, but now I am leaving them open longer, at least until October 12 so everyone can get in who wants in. The devil has been systematically closing the door. If it’s closed send me an email and we will pray it open again. I mean it. This is not God closing the door.

He wants you in this group. Keep knocking. Keep marching around the walls. Keep shouting. The walls will fall down. Go HERE to find out about the group and to join #KickWeight. Do it now. 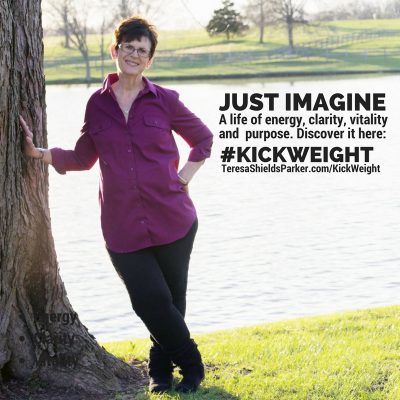