Procrastination was the bane of my existence for way too many years to count. I had lost weight many times and then would gain it all back plus more. So I got to the place where I just gave up. I wouldn’t even try to lose weight any more because obviously I always failed. Failing felt worse than just being super morbidly obese. 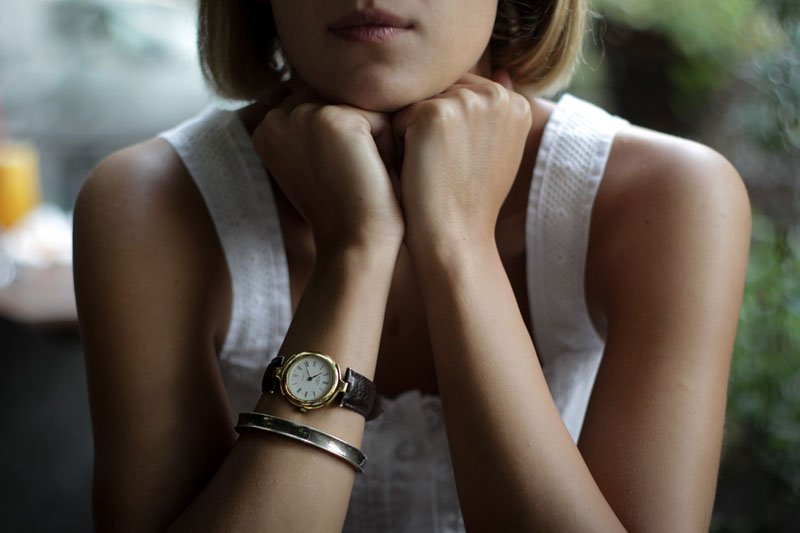 By this time I was well over 350 pounds, but I was postponing action. I was stalling. I was dragging my feet. I was procrastinating.

I was waiting for someone to come along who was really smart. They’d develop the ultimate dream cure for obesity where everyone could indulge as much as they wanted in desserts, high carbohydrate goodies, all their favorite comfort foods and not gain an ounce of weight.

When I think of a procrastinator, I think of Gideon. God had a task for him to do. He was going to rescue Israel from starvation at the hand of the Midianites. God told Him so, but Gideon needed more information. He was afraid he would fail so he put off doing it.

He had fear on several levels. He felt he couldn’t do it. His clan was the least in all of Israel and he was the runt of his family. In other words, if it had been put to a vote by those of Israel, Gideon wouldn’t even be on the ballot!

He was afraid of the enemy! They were stealing all of Israel’s food, including his family’s. He was threshing his grain in secret at night so they wouldn’t come and steal it. He feared for his life and the lives of his family members.

In Judges 6:14, God asked him a simple question. “Am I not sending you?” I love that God didn’t say, “OK Gideon. You don’t want to go. Then, I’ll go find someone else.” Nope. God had a destiny assignment for Gideon.

God Had A Strategy

God was very strategic in choosing Gideon. He knew Gideon wasn’t a fighter or a leader. He was a farmer. He knew Gideon didn’t have the credentials, but that’s exactly why God chose him. Gideon would have to rely on God and God alone.

He also knew that with Gideon’s small army leading the battle and winning the credit would go to God, not Gideon.

God, though, had to get Gideon past his fear of stepping into the unknown, which is another big problem for those of us who deal with procrastination. Gideon had no paradigm for how to win this battle.

When the job is something we know we can handle, most of us get it done. Gideon needed God to “prove” to him that God was going to use him to rescue Israel.

Gideon decides he must test God. He laid a wool fleece on the treshing floor. He asked God to make the fleece wet, but the ground under it dry. The next morning God had answered Gideon’s requested.

Gideon was still dragging his feet. He wasn’t sure he could trust what God was saying. So he laid out the fleece again the next evening and asked that in the morning the fleece be dry, but the ground under it wet. God complied again.

I love that God was patient with Gideon’s human tendency to procrastinate. To Gideon’s credit when God answered the second fleece, he and his army began to move.

From then on Gideon followed God’s instructions completely. God helped Gideon pare down his army to just 300 men. The result was that the enemy panicked and either killed each other or ran away. That day, Gideon became the mighty hero God proclaimed him to be in Judges 6:12 NLT.

I love Gideon’s story because it points out how the only way you and I can become mighty heroes is to follow God, even if it means we drag our feet a little along the way.

Back when I stopped even trying to lose weight and was waiting for the magic cure, God was still working in my life behind the scenes, setting up situations to bring me to the place that I would follow Him completely.

I’ve long ago repented for the many years I wasted procrastinating, not wanting to fail again and wanting to be perfect in how I went about getting healthy.

Now having lost more than 250 pounds, I can say there is no perfect way to lose weight and become healthy. It will be trial and error even when we have totally surrendered to God and are following what He is showing us what to do. We are human. We won’t do it perfect. We need Him to reveal to us exactly what to do and follow Him in the process.

The issue is many don’t have an inkling of how to follow God in order to lose weight. That’s why I coach. I’ve been there. I’m still there. I can give you guidance and a step-by-step process to discover it for yourself. After all, the only plan you will follow is one you know was tailor made for you by the God of the universe.

I can tell you what it’s not. It’s not following after the latest, greatest diet trend even if it is touted in every post you see on Facebook and Instagram. A magic fix is what we all want, but it doesn’t exist.

What God Wants For You

What does exist is a God who loves us and wants the very best for our lives. That will mean, among other things, doing  the hard work of changing our bad habits by incorporating the good habits we know we need to be doing, but we’ve been avoiding like the plague.

A magic fix is what we all want, but it doesn’t exist. What does exist is a God who loves us and wants the very best for our lives.

It will mean using the word “no” to certain foods and food portions and saying “yes” to healthier choices. It will be mean setting aside perfection and embracing failure as a great teacher to show us what not to do again.

It will also mean that we will get closer to God than we ever have before. This is where transformation happens. It’s messy, uncomfortable and a little scary, but oh so freeing.

Once I started down this path, losing 250 pounds really did become the easiest hard thing I’ve ever done. Whatever you have to lose, whatever bad habits you have to change will be much easier when you simply follow God completely.

There is no better way.