Way too many times I allowed a stronghold to capture me and take me down. Then I woke up and began to study what a stronghold really is. When I did that, the strongholds in my life began to fall, one by one.

It felt like sugar was a stronghold when I weighed 430 pounds because I felt in bondage to it and I couldn’t seem to stop eating it. In reality, a substance cannot be a stronghold. My stronghold was the enemy’s carefully designed composition of  thoughts, desires and feelings that made me think I needed sugar or I would die. 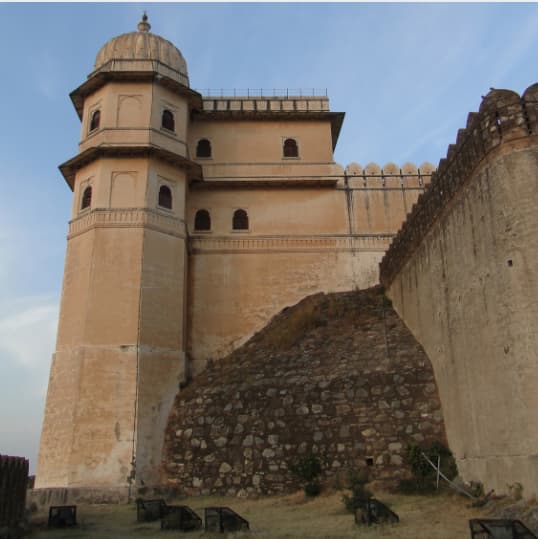 It was those thoughts, desires and feelings that led me to overindulge in my comfort foods to the point that a cardiac surgeon told me I needed to lose at least 100 pounds and keep it off or I would be dead in five years.

That was 22 years ago and it was a true wake-up call. Sometimes we know things, like the fact that we are overweight, but we don’t accept them. I knew I had a weight issue, but I didn’t accept that what I ate and how much I ate might one day affect my health and take my life.

So, I decided I would do everything possible to live. It was a turning point, but not a drastic one. I didn’t all of a sudden lose 250 pounds. I had to first face why I was a strong, intelligent woman who couldn’t stop eating.

I learned it was the strongholds I had allowed to be set up in my life that were keeping me stuck in super morbid obesity. I didn’t want my emotions to show, so I ate to keep them at bay. When I felt like my world was falling apart, which was every day, I would eat to anesthetize the frustration, stress, overwhelm, anger, guilt, shame, regret or whatever my current state of mind was at the time.

It didn’t matter how many diets I went on until I addressed that core foundational lie I would never be able to lose weight. These are what I call pretty little lies. They are half-truths that seem to work to alleviate whatever problem we have.

A stronghold is a tool of the enemy designed to enslave us. The meaning of the word is a fortification, like a walled fortress on a hill. In many places in the scripture, God is called our strength, our strong tower, the place we run when we need help. God should be our stronghold.

A stronghold also can be something that takes root in our lives as an argument against God. It’s something we begin to believe because of circumstances or situations in our lives, but it is a lie, plain and simple.

2 Corinthians 10:3-5 NIV talks about this. “For though we live in the world, we do not wage war as the world does. The weapons we fight with are not the weapons of the world. On the contrary, they have divine power to demolish strongholds. We demolish arguments and every pretension that sets itself up against the knowledge of God, and we take captive every thought to make it obedient to Christ.”

Any argument anyone has against God is a lie because God is the highest authority. No argument will stand against Him. Still, many of us think we know better than God and refuse to follow what we know He wants us to do. When we are following what we think, feel or desire instead of what we know God wants, we are behaving like we know more than God. This becomes a stronghold if we don’t recognize it as a lie, address it and refute it.

A stronghold of the enemy is a false mindset which imprisons a part of us. It begins as a lie. It gains a foothold as we begin to feel it is helping us in some way. It develops into a mental stronghold we think we need to survive. We see it as protection, but it is becoming a prison that keeps us further from God.

This mindset drives us to try to push any bad thoughts out of minds like emotional, verbal, sexual or physical abuse by overeating, drinking alcohol, taking both legal and illegal drugs to excess, watching pornography, gambling, overspending, smoking, controlling, the constant drive to achieve or any myriad of other addictions.

These are our false protections because they do not protect us. They just help us forget about why we are afraid to deal with what’s going on. We justify why we need them and we begin to think we can’t live without them. This becomes a truth we build our lies on and it is why it is so hard to rid ourselves of habits we know are bad.

These won’t go away with avoidance techniques. Just because I avoided sugar for seasons when I’d go on diet didn’t mean I had kicked that habit. I always had it as my first fallback protection when I felt the world caving in on me.

The good news is that strongholds set up against God not only can but must be demolished, smashed, torn to smithereens. The Greek word used in 2 Cor. 10:3-5 which is translated demolished in many versions really means to “forcibly yank down, destroy, leaving nothing standing or even in good working order; cast down.”

Strongholds are mindsets that God says must be broken. If we can get to the core issue or the lie on which any stronghold has been built, the stronghold has to fall. It has to go down. It will go down, not by our self-effort, but by allowing God to reveal the truth to us and help us live it out.

In my new book, Sweet Surrender: Breaking Strongholds I talk about this and much more. Get it HERE.

Also, don’t miss my free ebook which gives more of the foundation for this book. It’s called “What Is A Stronghold?” and can be downloaded HERE.

One last thing, go HERE to listen podcast episode 62—What Is A Stronghold?