Why Are We Afraid of Change?

Most of us have at least one area of our lives we wish would change. Maybe we want to have a certain degree, get a better job, drive a more reliable vehicle, get married or be healed of a disease. Maybe we think we are too shy, too talkative, too tall, too short, too skinny or too fat and want that changed.

Now, what if, without any work on our part, somehow someone in a mere seconds caused that change to happen? What would our response be? What would be the response of those who need the exact same change and had just seen it happen miraculously to us but not to them? Would there be fear or would there be rejoicing both on our part and theirs? 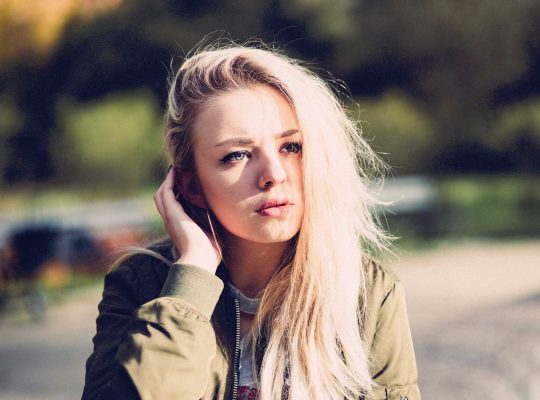 Luke 8:26-39 is a story we’ve heard often. It’s about how Jesus changed an unchangeable man. This demon-possessed, buck-naked man was the first to meet Jesus when He stepped out of the boat in the country of the Gerasenes.

Jesus read the situation in moments. He knew the man had been kept under guard and bound with chains and shackles. When he got loose, like he was right that moment, he would roam the country and cities instilling fear in the hearts of the people.

What Is Your Name?

Jesus asked him, “What is your name?” And he answered, “Legion” because many demons had entered him, (Luke 8:30 AMP).

The demons begged Jesus not to command them to go into the bottomless pit, but to send them into the nearby pigs. So Jesus agreed and the demons came out of the man and entered the pigs. Then, the herd of pigs rushed down the steep bank into a lake and drowned. In doing so, the man was delivered of the demons, (Luke 8:31-33).

This story is about the demoniac, for sure, but it is also about the herdsmen and the villagers. The reactions of all three are important.

The herdsmen, who owned the pigs, were upset with Jesus not for healing the demoniac. I’m sure if they had stopped a moment instead of reacting emotionally to the situation, they would have been happy that this crazy man had been miraculously changed.

They were immediately angry because they saw their livelihood wiped out in seconds. Instead of being grateful for the change they witnessed, they immediately spread rumors about Jesus.

That brought the people running to see what was going on. They found the demoniac sitting at Jesus feet, clothed and in his right mind, mentally and emotionally healthy.

If I lived in an area where a demon-possessed mad man roamed around naked, breaking chains, moaning and hollering, I hope that I would be rejoicing that he was looking even halfway normal.

However, Scripture says these people asked Jesus to leave because they were “overwhelmed with fear,” (Luke 8:37). The herdsmen’s predicament is perhaps understandable, but why are the people afraid especially now that a huge source of fear for the area had been removed? It doesn’t make sense.

There can only be suppositions here. Scripture only says they asked Jesus to leave because they were afraid. So what were they afraid of if not the man who was healed and made whole? It appears that on a couple of levels they were afraid of change that might happen to them.

They were afraid of losing their income and provision. if the swine were a source of income and provision for the area, they would be trying to figure out how to change their own revenue source. When a plant or business where w, or our family members, have worked from the time we were teens closes we scramble internally to figure out how we are going to survive. This physical concern would have been a a huge fear for those in this community.

Being “overwhelmed with fear”, though, denotes an even deeper level of fear, both an emotional and spiritual fear, (Luke 8:37 AMP). They realized they were in the presence of great Spiritual power that Jesus possessed. This triggered conviction in their hearts and they began to think of all the wrong things they had done.

Even though they may have wanted change in some areas, they quickly realized Jesus was a man of great spiritual power who could change things they might not want changed, things they didn’t want anyone, even God, messing with.

Jesus wiped out their source of income. What else might He do if He really began to search their hearts as well?

What else might He do if He really began to search their hearts as well?

Because of their understanding of their own shortcomings, they saw the devastation of their livelihood as judgment upon their city and country. They wanted Jesus to leave so He wouldn’t change something else that had become a way of living, their own habitual pet sin they felt they could not give up.

Jesus left, but not before He did something to insure that the people eventually would understand the importance of the power He offered them. He told the former demoniac, who was now healed, sane and wanted to go with Him, to stay and tell his story to everyone he met.

The demoniac’s biggest mess would be his greatest message.

Jesus knew the demoniac’s biggest mess would be his greatest message. What better person to share who Jesus was than the one who had been completely changed, healed and delivered by a power greater than himself. He was night and day different from the man he had been.

The people were afraid of change, but the one they thought they feared the most had embraced his change. Now God would use him to help change the people he had tormented for so many years.

Jesus knew His time on earth was short. By changing one man, He planted an undeniable witness of His power right in the midst of this community. They knew who he had been. They just needed to see that this change was permanent.

Eventually, the people would see that they needed not fear change. They needed to only embrace it, no matter what it cost them.

This fear of embracing change is not something isolated to biblical times. I hear it all the time from those I coach to those I’m having casual conversations with. What if I try to change and it doesn’t work? What if someone finds out I have hidden, and not so hidden, sins?

When we are able with God’s help to work through the hangups and fears we have, we are better able to face the change we know God has for us. I’ve lost over 250 pounds, but when I first started this journey I was afraid. I was afraid of giving up the foods I had relied on for years. I was afraid I would fail again. I was afraid God wouldn’t help me.

When I surrendered to Him what I felt I couldn’t live without, His grace became the wind that propelled me forward. Was it easy? No, it was hard. However, with God’s help and doing what I knew for sure He wanted me to do, losing 250 pounds became the easiest hard thing I’ve ever done.

What change are you afraid of? What might it cost you? Will you hand that fear to Jesus right now?

When I did that, I then focused on finding a coach and a group to help me move forward to change the habits that had me bound in a the yo-yo dieting cycle. What I found was not another diet, but a plan for total lifestyle change.

On February 11 at 7 pm CT, I’m holding a Free Live Online Workshop that will share with you the process for change that I went through. Don’t be afraid. It is free. Replay links will be sent only to those who register. I’ll share my Success Path for Healthy Living on the Journey to Transformation. We’ll also have a question and answer time when I answer your questions.

I’ll see you there!