The Truth About Josh

I met Josh* in 1994. We were attending the same personal growth seminar with 22 other people we didn’t know. I knew the director of the program and others who had gone through, but that was the extent of my knowledge of what I was getting into.

I was a 40-year-old morbidly obese wife and mother of two. Josh was a single man of about 25. He was tall and handsome with blonde hair and soft blue eyes. 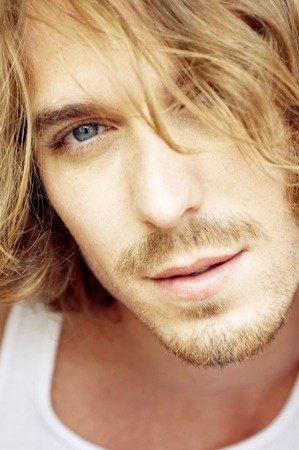 At that time in my life I carried guilt and shame that weighed much more than the 260 extra pounds attached to my body. It caused me to try to hide, especially in groups where I didn’t know anyone.

As we each introduced ourselves, Josh only revealed that he worked at a hair salon. He said the name and I knew it to be one of the swanky salons. He wore name brand blue jeans, a casual tshirt and loafers without socks.

On breaks, others were talking about kids, sports and weather. It was something in his eyes that told me that despite my black elastic band knit pants and 3x sack of a top, Josh and I were kindred spirits. We gravitated to each other both somehow feeing like outcasts among a group of outcasts. We talked about deep, but not personal thoughts.

The seminar included intense times of discarding many hurts and pains from the past, as well as accepting the good things into our lives and establishing who we are. For myself it was establishing who I was in Christ.

Though I knew the seminar director was a Christian, he never pushed his faith on anyone there. He let them lead by their own beliefs and affirmed who they wanted to be.

As I watched him interact with the group, I saw Jesus at work in lives throughout the room. Some may have called Him by different names, but He was still at work.

My wall of pride began to crumble. I had built it high and wide and thick to protect me from hurts and pains, whether real or imagined. My wall precluded me from openly relating to those around me in any more than an objective way. Josh, though, was the one person in the group with whom I’d shared some of the baggage I’d carried for years.

One of the culmination exercises led us to the core of what we wanted from life and determining what kind of person we would have to be to obtain that. Then we stated that we are that kind of person.

That is the time I stood, all 430 pounds of myself and declared, “I am a whole, healthy happy woman of God.” I didn’t understand it then, but that self-prophetic proclamation became a guiding star for the rest my life. Today, I have stepped into that sphere.

We had written our statements on large sheets of paper, signed and dated them. They hung around the room like fine pieces of art.

I was staring at my proclamation when Josh came up and put his arm around my shoulder. “An excellent choice of words,” he said. “I see that in you.”

His words brought tears to my eyes. He believed in me. Nothing else really mattered right then.

He led me to his simple proclamation. “I am an honest and free man,” the statement read. The word FREE was written in large letters. I was surprised, really. Of all the people at the seminar to me he seemed the most free.

He turned to face me. “It’s hard for me to be honest about who I really am,” he said.

“It’s hard to tell people I’m gay. I want everyone to accept me and even in this seminar where people are very open, it’s been hard for me to come right out and say it.”

I tried not to be shocked by what he said. I thought back over our talks and realized he had been dropping clues, but I had been too naïve to catch them. Too blind to see that another was also hiding his fear.

As a Christian I know what the Bible says about homosexuality,1 but I also know what it says about many other sins including gluttony,2 of which I was definitely guilty.

I had never gotten to know anyone who was homosexual. I put them in the category of “sinner” rather than a person just like me, just like you.3

Instinctively I hugged Josh. “As a mother to a son, I want you to know I accept you.”

For the record I am aware,  the above says nothing about whether I agree or disagree with the Supreme Court ruling regarding gay marriage. I am standing on the side of loving and caring about all people.

Determining the constitutionality of the Supreme Court overruling the will of the majority is something that should be examined. However, this particular law should never be an issue that pits Christians against homosexuals. As Jesus would say, “Let the one who has never sinned throw the first stone.”4 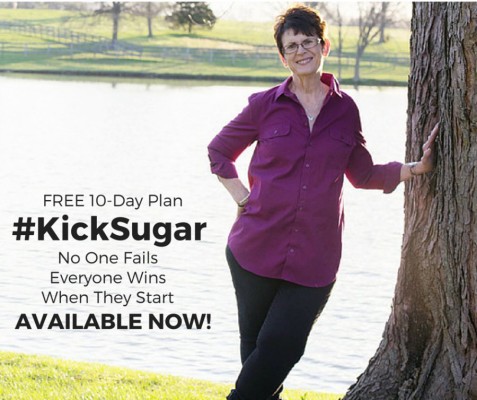 Maybe the issue you have is nothing like Josh’s, but every bit like mine. I battled my demons of sugar with God’s help and have lost over 260 pounds. If I can do it, you can do it. To get you started, I’ve developed my #KickSugar 10-Day Plan and it’s FREE! 10 short videos, information, recipes and information. Get access today. Just signup below and begin to live the life you always imagined.