Choose this day whom you will serve.1 It sounds like an easy ultimatum. There’s always a choice. This one you get to make all by yourself.

Your mother, father, husband, wife, son, daughter, pastor, best friend, worst enemy, boss or the random guy on the street you stop for advice, can’t make this choice for you. 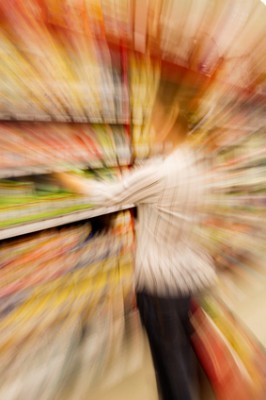 It’s not like, “Do you think I should wear the black top or the pink one?” This is a life-changing choice that depends on not only an answer, but a commitment to an answer.

Choose in this context really means “commit” right now for the rest of your life. That puts the nix to asking right away to asking my husband about black or pink because I would never be able to wear black again. He always chooses bright colors.

The choice was not just for that day. It wasn’t, choose what god you will serve for today only. No, it was choose today who you are going to serve from now on, for the rest of your life and the generations to come. This was for the long haul.

Then there’s that difficult word no one really likes, “serve.”  It’s not like what vegetables are you going to buy this week at the store. Deciding you are going to eat only peas as a vegetable for the rest your life is much different than eating a variety of vegetables.

It’s setting a course for the rest of your life to serve one, to be committed to one. It sounds quite boring when you put it that way. I mean, I truly deplore peas.

Commit to a Choice

This scripture comes from Joshua 24: 14-15 where Joshua asks the people to make a firm commitment. He says, “And if it is evil in your eyes to serve the Lord, choose this day whom you will serve, whether the gods your fathers served in the region beyond the River, or the gods of the Amorites in whose land you dwell. But as for me and my house, we will serve the Lord.”

Notice they had a variety of choices. There is always a choice. We are never forced to serve God.

The people are no fools. They overwhelmingly choose to serve the Lord. I mean, come on, they had seen the Jordan River part when the arc of the Lord was carried into it and they crossed over on dry ground.

They had seen the fortified city of Jericho defeated just by marching around it. They had seen city after city and king after king defeated because the Lord told them to go and possess the land. Which they did. Each tribe was living in peace on their inherited portion of the land.

As the leader, Joshua wanted to be sure they were committed to their choice of serving God forever. He knew that there would be tendencies to compromise on their commitment. He wanted there to be a decision that would last beyond him and them.

He called the elders of the tribes together and implored of them their choice. They made it easily, almost like choosing peas or the pink top. Based on everything God had done for them, they said, “We will serve the Lord, for He is our God.”2

Joshua, though, doesn’t buy their answer. “You are not able to serve the Lord, for he is a Holy God … If you forsake the Lord and serve foreign gods, then He will turn and do you harm and consume you, after having done you good.”3

They adamantly answer him that they will serve the Lord. To be sure they remember this monumental commitment, they make a covenant with God complete with statutes and rules. Again, this is their choice. There was nothing forced.

They even erected a stone to be a witness against them in case they “deal falsely with God.”4  It’s something meant to outlast them all and continue for generations. Their choice was meant to live on past them.

Joshua dies, still the elders stay true to their commitment. However “there arose another generation after them who did not know the Lord or the work He had done for Israel. And the people of Israel did what was evil in the sight of the Lord and served” other gods.5

Joshua says he and his house will serve the Lord, but by Judges the generation had ceased to hear of what God had done in the lives of His people.

In other words, God had become just some common place, ordinary tradition. Their commitment had become somewhat like going to church on Sunday morning, but not really talking about what difference God made or even showing it by their lives every other day, hour and minute of their week.

Their commitment died with them. It left the choice of the next generation wide open and susceptible to foreign gods in neighboring nations.

The choice of who we will serve must be pervasive in our lives to sustain a commitment beyond ourselves, so the next generation will understand the importance of their choice.

Our commitment must invade our lives and leave a legacy beyond our lives. God cannot be relegated to becoming a tradition without seeping into everything we do and say.

Joshua was right about the people. They were not capable of fully serving God. Even though they had kept the laws, they had not kept Him as central in their lives. If they had, that commitment would have been seen and felt by the next generation.

My fear is that we lull ourselves to sleep thinking we are good church members, but we are far from serving God with our total being. We haven’t made a choice to serve God because we allow everything else to compete.

We allow many things to become more important than God in our lives. If it’s not the people we love, then it is a job, a hobby, food, drink, entertainment, money, investments, vacations, a quest for more things, the desire to be comforted by something, anything other than God.

And we look around and wonder what has gone wrong with the next generation, when all along we should be wondering how we got so far away from focusing on making God our number 1 without a number 2.

Choice Not to Serve

As Americans we shy away from serving something or someone. We fight against slavery of any person to anything. We abhor the concepts of human trafficking and yet we traffic ourselves to many things voluntarily until we find we are so entangled we cannot shake free.

How many have jobs they hate and are enslaved to because they have bills to pay for things they have bought to keep feeding a habit to make them feel better about themselves and have things to make their children feel better and be better so they can complete the same endless cycle.

It’s time we broke the chains to any gods other than the only God. Remember there’s always a choice. You probably made a cursory choice a long time ago.

You know, you hung that plaque on your wall, the one that says, “As for me and my house we will serve the Lord.” You already made the choice. Now, do that.

What would it look like if you served God completely? What “false gods” would you have to lay down?