When Sheila Walks In the Room

It was at a Bible study and prayer meeting at Sheila Ruffin’s house. At that point in my life I had a Bible degree and a lot of head knowledge, but very little experience in following God’s leading. At Sheila’s, though, we’d study the Bible and then we’d apply what we learned. 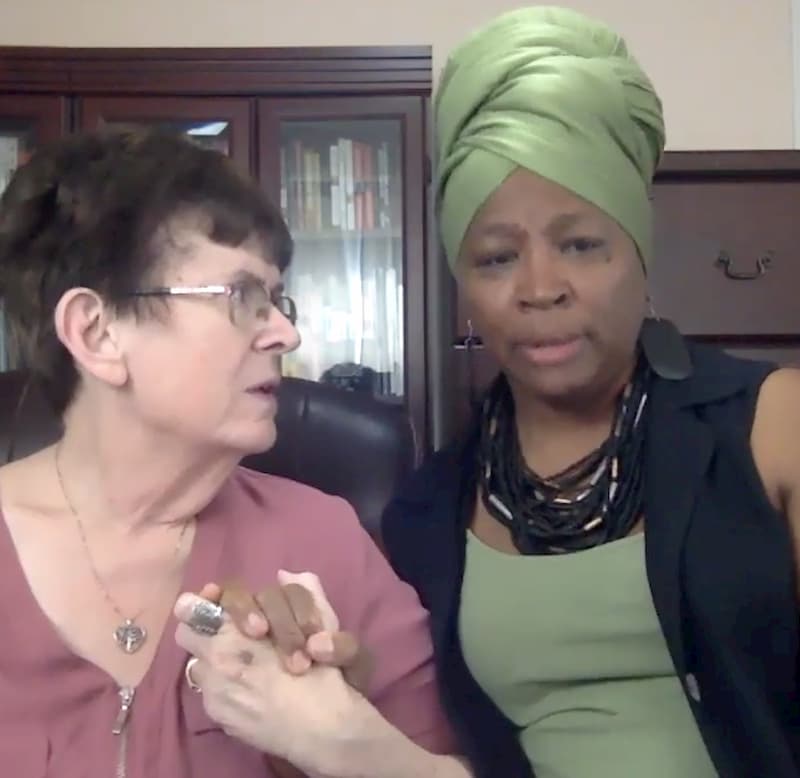 We were praying. Sheila and others were speaking out words that they sensed God saying. I had words in my head, but I wasn’t sure what to do with them. Sheila quietly came up behind me and whispered, “God is speaking to you. Share what He’s saying with everyone.”

Because Sheila Told Me To

I whispered back, “How do I know if it’s God.” She said, “Just speak the words.”

So because Sheila told me to, I did. Those in the group affirmed what I was saying and in that moment I realized that I really was hearing from God. That was truly a starting point for me.

I’d been in a lot of church services, been a counselor for Billy Graham crusades, had Bible degrees, taught Bible studies and adult Sunday School classes. However, none of them taught me what I learned from Sheila that day.

First, she believed that my enormous size at the time or my looks didn’t preclude me from hearing from God. As a super morbidly obese woman that was always on my mind. It seemed I was deemed not as smart or professional as others. So I was always trying to prove them wrong, whoever “them” was. Sheila looked past that to my heart and saw Jesus there.

It Comes In All Sizes and Colors

This week, I sat down with Sheila to record a podcast about race relations. I realized we had something huge in common besides our love for Jesus. It’s not our skin colors, but it is our shame. I was telling her how when I weighed 430 pounds the first thing I did when I walked in the door of our church was look around to see if I was the largest one there.

If I was, I would sit on the back room and leave as quickly as I could after the message. I was ashamed of my size. I felt less than because of my size. I had even been ridiculed because of my size. Not by adults, although their stares sometimes made me feel that way. Mostly it would be from children saying things like, “Mommy, look how fat that woman is.”

I’ve known Sheila for probably around 35 years. In all that time I have not talked to her about her shame or her fear. She carries herself as a woman of God. When she walks into a room, she brings with her God’s presence. I literally can sense when Sheila arrives because the atmosphere changes as Jesus is ushered in. I’ve often thought, “I want to be like Sheila when I grow up,” even though she’s younger than me.

This day we talked not only about her shame, but also her fear and the root of it. “There’s an element of shame that comes with feeling like you are different from others,” she said. “As a black woman when I walk into a room I look to see who else of color is in the room or to see if I am the only one. As black people, we feel safe among our people. I can be myself. When I go where I am the only one, I don’t’ know if I can be myself.”

More Undignified Than This

Over time God has encouraged her to be herself, but before that she said it felt like she was almost dying because she wasn’t being herself. “I tend to be loud when I worship, but I was tamping that down when in a predominantly white church.” Then she read 2 Samuel 6.

In that chapter David comes into Jerusalem with those carrying the ark of the Lord. He is “dancing before the Lord with all His might” (verse 14). His wife, Michal ,berates him for what he did and calls him a “vulgar fellow.” David’s response in verses 21-22 is, “I will celebrate before the Lord. I will become even more undignified than this.”

“After that, something happened in me. The presence of God said, ‘Sheila get over it.’ I got up and ran all over that place.” Then, during a time of prayer, a friend of hers, who happened to be white, told her, “The Lord says, ‘He made you that way and He likes it.’”

As a world-wide missionary and prayer warrior, Sheila was in a foreign country when a white couple from Portugal come up to her. They happened to be missionaries to Mozambique. “They asked me to come to Mozambique because the people they minister to feel like their skin color, which is the same as mine, is cursed.”

Sheila understands that because one time she was washing her hands at a sink during a shop class. A fellow classmate came up to her and asked how she knew when she got her hands clean. “He thought because my skin was dark that I was constantly dirty,” she said. “That makes you feel like white people think you are dirty all the time. There’s shame that comes with that.”

At one point when she was headed into some countries of the world where fear reigns rampant for Christians, Sheila knew she had a spirit of fear within her that needed to be dealt with. What she thought might just be things in her immediate biological family, she began to realize went back generations.

“It’s a spirit of fear I had dealt with all my life,” she explained. “It’s the spirit of fear that has been put on the black community. It goes back to times when they’d lynch people across the street from the black community and leave ten men hanging there for all to see. It’s things like that that bring terror and fear. We’ve lived in fear for hundreds of years. We’ve heard these stories from our grandmothers or experienced them all our lives.”

She added that she had to forgive the court system and others all down through the generations. “The fear had roots in the hangings, in the terror at night when you didn’t know if they would come for you for no reason at all.”

She added, “I know as a Christian I need to forgive, even if you never say you are sorry. Even if the government never changes, I have to forgive. I have to be willing to give up that rage, no matter how scary it is. There has to be repentance on both sides. There has to be a recognition that there might be a problem here.”

One In the Lord


The issues our nation is facing today won’t be solved by humanistic or political endeavors. They will only be solved by loving people and really getting to know people who are different from us. “We need relationship,” Sheila emphasized. “If you don’t know any black people, if you haven’t talked to any, then you believe anything you hear and everything you see.”

While others are rioting throughout our nation, Sheila has been joining with a group of other Christians to walk the streets of our city to pray, intercede and sing peace over our city and nation. This is what she does in foreign countries and now she is doing in her own country.

“We are one in the Lord, brothers and sisters in Christ,” she says. “People say, ‘I don’t see color.’ Yes, you do. You know we are different. There are differences. God created us different, but we can be one in Him.”

She added that peaceful protest are good. “If people weren’t protesting you and I wouldn’t be talking about this problem. But rioting and looting is hurting us. It’s killing us. In 1968 during the riots in Chicago they burned down an entire section of the black community. It never recovered. What was there never returned.”

In the final analysis only one thing will turn this country around and that is total reliance on God. “We need to pray and fast and we need to do it together until heaven answers,” she added. Only God can fix what feels broken. Only He can mend division. Only He can bring about a revival of love.

What is the color of love? I’ll leave that up to you to decide.

For me, all I can see is my hand joined with Sheila’s.

To listen to podcast episode 32 I did with Sheila go HERE.