The Grace System For Parents

Points, points, points, do I have too many points today? Does God’s grace system for parents grade on the curve? Will He let me slide by today without calling down fire from heaven for by bad performance as a mom?

I woke up already running late. I opened a can of cinnamon rolls, set the oven and threw them in even before it started to preheat. The kids would be up soon and would be hungry. I’d earn a point from them for having cinnamon rolls instead of cereal  for breakfast. Still, in my mind I knew the rolls weren’t healthy and visibly saw the two points form against me for not giving my children something healthy and wholesome to begin their day. 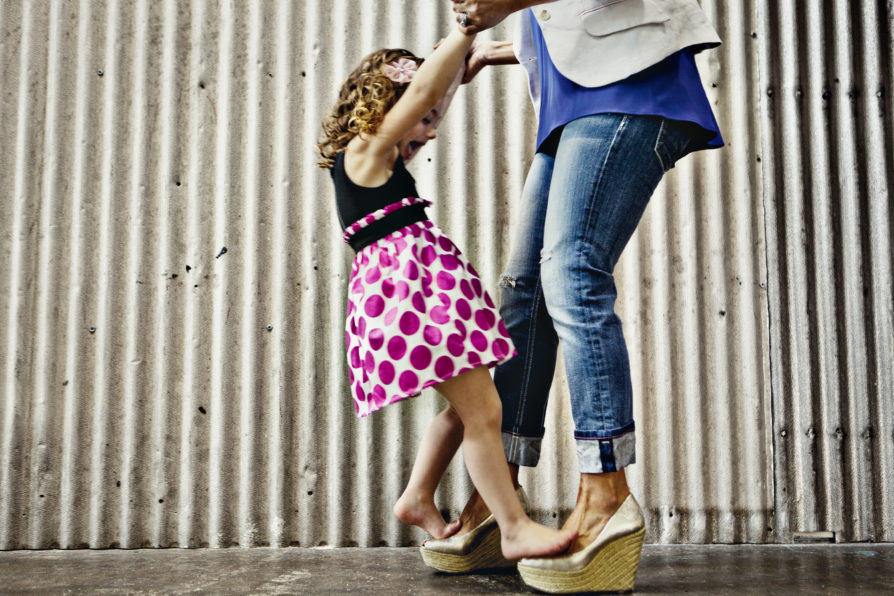 Glancing at the clock, I panicked. Fifteen minutes until the bus appeared and Sam and Lacey weren’t even stirring. Running to each of their rooms, I screamed, yes screamed, at them to get up. They stared at me with those big, sleepy blue eyes, those eyes just like their father’s, those eyes that made me fall in love with him and them. But now, love was waning as the minutes ticked by. I heard the cha-ching of points as they racked up in my head. At least two more for my poor behavior.

Sam, the 10 year-old, was always the hardest to motivate in the morning. I knew yelling at him only made him move slower. Somewhere in mind it dawned on me that I would have get dressed because I’d be taking the kids to school this morning and probably checking them in because they’d be late and yet, still, I continued to raise my voice to motherhood motivation level. Points were just rolling by like a slot machine. I’d long since last count.

Lacy, the five year-old, needed help finding a clean shirt and I fussed at her for that when in reality it was my fault. In my mind’s eye I saw the pile of laundry downstairs knowing today would be the day I’d have to make a dent in it. Finally, we found a shirt, but it wasn’t one of her favorites. As her big lower lip went out to pout, I bribed her with the cinnamon rolls which I could smell baking.

The smell wafting through the house seemed to be the only good thing about this morning. I ran and took them out of the oven just before they began burning. Now for milk, but there was no milk or juice in the fridge, just soda. Maybe I can rack up some more points with my kids, I thought as I poured soda for each of my grade schoolers. I knew it wasn’t a healthy breakfast, far from it, but I reasoned at least it was something in their stomaches.

The points kept rolling up against me and the guilt began to weigh on me.  Still, I wouldn’t be the mom who didn’t get her kids to school on time. I would not be that mom. I wouldn’t have those points against me. My children would be on time. Yes, they would.

Now the bus was honking and Lacy was crying because she was afraid her teacher would be mad at her for being late. Sam was missing a shoe. “Good luck finding it in that mess you call your room, Sam,” I blurted out. His shoulders sagged and he moved even slower. What kind of mother am I, I thought and more points were stacked against me.

Cinnamon rolls and soda for breakfast did bring a smile to each of my children’s faces and for a moment that was all I needed, until in my brain I saw points building against me for mainlining sugar into my children.  As they ate, I ran and put on something besides pajamas, dirty lounging clothes from the day before was all I could find. I really have to do laundry and more points cha-chinged in my mind. I yelled at the kids to get their backpacks and get in the van.

I grabbed my purse and the cinnamon roll pan and the bottle of soda and made it to the van. Both kids were there and successfully buckled in. We were getting to school on time! One Mom achievement down!

We were at the end of the street when Sam said, “I think I forgot my math homework.”

“You THINK you did?” I screamed at him. Lacy and Johnny started crying at the same time. Sam didn’t say a word. I turned the van around and sped back home all the time giving Sam the riot act. “Sam, how many times have I told you to  put your home work in your backpack the night before? Why would you do your homework and forget to bring it to school?” It wasn’t helping the situation at all. The points against me were no so high I couldn’t even count them and the shame and guilt were overwhelming still I continued with my diatribe.

We made it to school that day on time. My children were frazzled and probably relieved to be at school. As I drove home I was downing the remaining cinnamon rolls and chugging soda. I deserved it, I felt. Still, the cash register sounded as I just knew more points were being counted against me.

In the quiet child-less moment, I finally heard that still, small voice, the One that was there all the time, but the din of my own voice screaming and fretting over the morning had drowned it out. “My daughter, you know all those points you have against you, all those points you think you have been earning in your negative column all morning? Just hand them to Me. I can remove them as far as the north pole is from the south. I can do that because I’m God and you are Mine.”

“But what about the results of what I’ve done?” I asked.

The Grace System For Parents

Then, the Holy Spirit began showing me a different routine for my morning that started with getting up the moment my husband got up for work. By getting up earlier I’d be able to start my day with God, reading, praying, listening to great music to set my mood and the mood of my household. I could fix my husband a good, healthy breakfast and have it ready for my children as well. I could spend some quality time with my husband.

Getting up earlier would mean I’d have to manage my time at night better. But the biggest thing He showed me came at the end of our time together. He showed me I would have to eat healthy, get proper rest and exercise in order to stay on top of my day. He revealed to me the importance by pulling back the curtain of time and showing me the difference it would make in my children’s futures.

That day I gave up all those negative points. The Grace System became my way of life. That day I stepped into freedom, a freedom only His grace can bring.

How can operating in grace change everything for you? 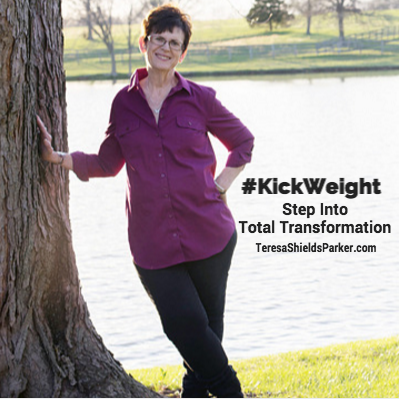 This is basically a fiction based on fact story. It was all too true of a scenario when my children were younger and I was eating myself into oblivion. The sugar in my system made me frustrated, angry and unstable. My thoughts were a mess and my emotions were worse. I wish I had listened to God earlier than is indicated in this story. Thanks to His leadership, I have lost more than 260 pounds.

Last night I could not sleep because the words of this post were going through my mind.  I had to get up to write down notes so I wouldn’t forget what God was showing me. Our overeating does affect those in our lives. It just does. My prayer for you is that you begin to listen to God.

If you need some help in changing to a healthy living lifestyle, I invite you to get your name on the wait list for my six-month, lower price coaching class, #KickWeight. (Click on the link to put your name on the list.) You will be notified when we open the doors for registration some time in September. Sweet Grace for your journey!