My husband and I drove to Florida where I did a couple of television interviews. On July 23, I was honored to be on the Christian Television Networks’s Homekeepers program with Arthelene Rippy. 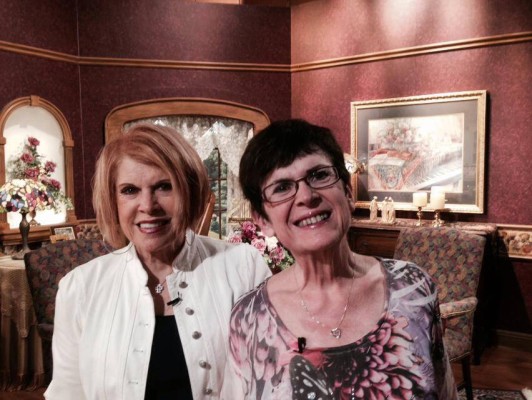 Hostess of Homekeepers, Arthelene Rippy, left, with me before the show.

It aired Thursday, July 31 across their network that included a potential of 55 million viewers.T he subject, of course, was my book, Sweet Grace, and Sweet Grace study guide.


We had to travel to Tampa, FL for the interview. After three days driving, we arrived in Tampa late, Tuesday night and hadn’t eaten. We were famished. After eating, we fell in bed. The next day I was to be at the studio at 1:30.

Roy went to take in the sights while I prepared, which mainly includes some heavy duty praying and a little makeup! I always stress about my hair. I’m really no good at doing hair, just ask my hairdresser. To top it off I forgot my hairspray and styling gel.  I thought I put it in my suitcase but couldn’t find it and Roy was gone.

So, I prayed about my hair. Yes, I did that. And actually it turned out good and stayed in place throughout the taping.  It refused to stay in place when I fell with all my clothes on in the Gulf of Mexico.

Here’s what happened. We went back to the hotel after the taping and changed clothes. We went for a drive down the beach. It was crowded and a little late by the time we got there so we were just going to find a place to go for a walk and take a few pictures.

We had to go a ways before we found a place to park with easy access to the beach. Roy, of course, went wandering off scouting for shells while I rolled up my pants and went to wade in the water.

Of course I had to have pictures of the sun setting, the sailboat in the distance and the three boys boogie boarding. If I just steppted one more foot closer I could get that awesome picture.

About that time, I guess a wave came up. I really don’t know. The next minute, I was off balance and my phone had flown out of my hands. I lunged to grab it and fell right in the gulf, black jeans and all.

Then I scrambled on all fours fishing in the Gulf for my phone. All the time thinking, insurance will cover loss but not water damage. Still this thought in the back of my mind said, “You got water insurance last time remember?” I’ve only lost three other phones to water damage and so come to find out, I indeed do have water damage coverage.

Still the replacement phone was going to be shipped to my house so for the next five days I didn’t have my phone. Which really is limiting when you run an online coaching business. Luckily I had my ipad, though it doesn’t have a data plan. Because we’re on a family plan, I was able to turn my husband’s phone into a hotspot and keep up with what I needed to for my group. That worked only until we were in the hinterlands of Mississippi.

I looked like a drowned rat walking  to the car. It was going to be at least an hour or more back to the hotel. I had the bright idea of going to Walmart to grab some shorts and a t shirt. I was set and miserable with white sand everywhere. He brushed me off the best he could. I refused to go into the Sam’s we found looking like I did. However, I’ve seen the Walmart people photos and I figure if they could handle those people, they could handle me.

When we finally found a Walmart, it was only a grocery store! Oh well, I was pretty dried off by then. Back at the hotel I put my clothes in a bag. I had to wash those jeans three times to get the sand out of them.

Oh and Roy didn’t see my major spill nor did he get any photos of the beach. Unfortunately the cloud wasn’t fast enough to capture them either. So no beautiful photos only interesting memories.

Regarding the interview, I did not have questions ahead of time like I have with every other interview. I’m glad I had several interviews prior to this one so I wasn’t freaked out. She did ask me several questions that no one else had asked before. I was sure there would be long pauses on the tape where I was thinking of what to say.

If there were, they edited them out well. The interview flowed well. I was happy with the way I answered all the questions even the tougher ones she asked. 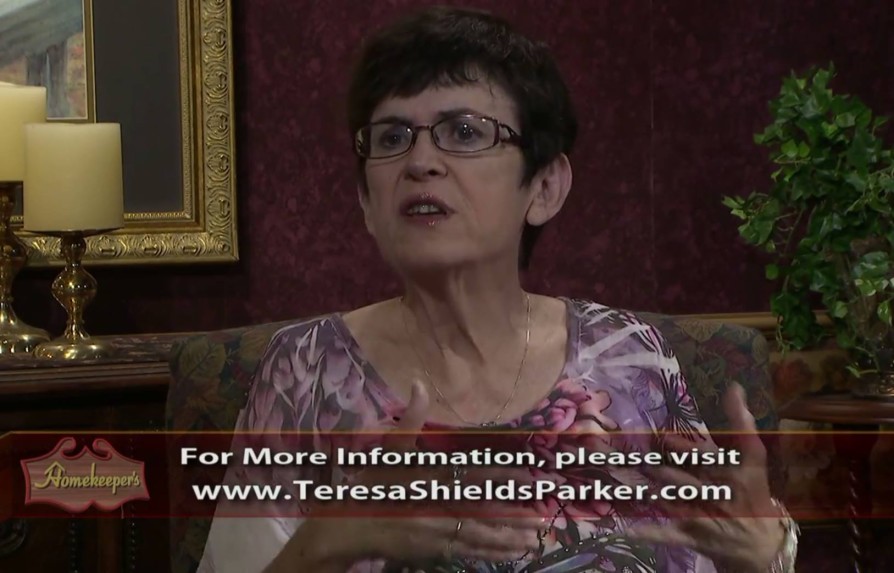 This is what I look like when I’m trying to answer questions during a live taping. Not as scary as I thought it might be.

Below is the Youtube link for the Tampa interview. I also did an interview at WHBR TV in Pensacola. Hopefully I’ll be able to post that link later.

The first 10 minutes is a cooking segment and then the last part is the interview.  Listen and watch here>>> http://ow.ly/zRoo7

One last thing, we had a great time in Pensacola at the interview there. We visited the air museum at the Naval Base, ate at LuLu’s a great seafood restaurant on the Gulf Shore, I had another first in that I went in submarine. That was at the U.S.S. Arizona park in Alabama. If you know how claustrophobic I have been in the past, you will know this in itself was another fear on my list checked off.

We finished up the trip by attending the church Elvis grew up in, East Heights Assembly of God in Tupelo, Miss. We visited the actual building where he attended church and then went to the current version of the church. There were 18 plus Roy and I in attendance that Sunday, so not a growing congregation. Still they’ve been there for 80 years.

I must add this is the first time my husband and I have been on a week-long vacation just the two of us since we’ve had children. We had a great time together. I can’t reveal any more details than that except to say, I sure do love my husband.