How Does Your Life Reflect His Story?

Do you want Jesus to write His story with your life? What would that look like? How can your life reflect His story? 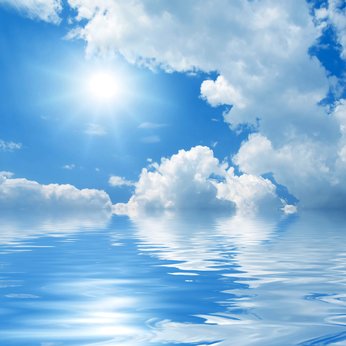 I was seven years old when I realized I was a sinner in need of Someone who could rescue me from the pits of candy-stealing hell.

That’s right I was a thief and I had been caught. I needed to be made new and quickly.

I wanted Jesus to fix me, to make His mark on me, to change me. I wanted Him to write His story on my heart.

I was as genuine about that as anyone can be at seven years of age.

I knew Jesus had magically given me a monumental gift. The preacher called it Grace. I saw it as Fire Insurance.

I knew I was saved from all my sin, past (which had included snatching caramels from the top of the kitchen cabinet), present (which included stealing four pieces of penny candy from the grocery store) and future (which would include sneaking and eating as much candy as I could possibly cram into me for the rest of my life.)

As I look back, I am not even sure why Jesus would want to bother with a sugar-coated urchin like me. I was destined to worship processed sugar and bread. Why did He waste His precious gift of Grace on me when He knew what I would do?

I grew up as a child who tried to live right, do the right thing and perform perfectly. I didn’t drink, smoke or go with boys who did. But no one said anything about eating sugary, bready foods.

So, those foods became my everything. Every food I ate was breaded, fried, battered, baked in a pie, slathered with gravy and sauce, embedded in processed sugar and breads of some kind.

It was a sanctified sin, an acceptable indulgence. To live, I had to have food, didn’t I? However, instead of eating to live, I lived to eat, the sweetier, the breadier the better.

When my weight began to push limits I didn’t like, I would diet. I’d severely restrict my caloric intake and lose up to 100 pounds. Then, I’d reward myself with sugar and bread. I would wind up in the same place from whence I had just come.

It’s OK. I’ve got grace for that. I knew just enough theology to kill myself, slowly but surely.

When I would cry out in desperation to the One who rescued me from candy-stealing hell, I felt He shared this wisdom with me, “Stop. Just stop eating sugar. Just stop now.”

“That’s way too hard,” said I. “I could never in a million years do that. You know me. You know I can’t stop eating sugar and bread and all the comfort foods I’ve grown up with. Don’t ask me to do that. I cannot. I will not, not even for You.”

And so, I continued in my disobedience knowing full well what I was doing, but feeling I had no other alternative. God made me this way. It’s my cross to bear. To deny it is impossible. I will drag these 280 extra pounds with me wherever I go to show the world that I am the wretch the preacher talks about.

I carried, pulled, pushed, swayed under the impossible burden I was never meant to bear. I kept worshipping and ingesting sugar and bread until it nearly took my life. I did not stop until I came to the end of my resources.

Then and only then I knew beyond a shadow of a doubt, I need a power greater than myself, a strength beyond me to help me do what I’ve already been told by Him to do.

In a final release, I admitted my weakness. I laid it down. I gave up trying. Self-effort’s death was a victory in itself. I surrendered to His almighty strength, the same power that raised Christ from the dead because after all my strength is gone, only then in Him can I be strong.

I needed Christ to shine on me with an illuminating beam that sees beyond my mounds of flesh straight into the beauty that resides deep within my being. He did that and so much more. He set me free.

Dancing around me with a strength and beauty that only comes through the unforced rhythms of grace, He lifted me up on wings of Grace such as I had never felt before.

Buoying me through each step of obedience to victory.

Every morning is a new day to see the words He has written on my heart, words of transforming power to be remade in His image. I’m finally His empty page. My heart is finally open for His story to be inscribed forever. It matters not what His plan is. It matters only that He is.

When I see Him then my life reflects only His story.