Lost In the Story

I was in eighth grade and the sponsor for our junior high newspaper had made me fiction editor. It was a big honor because usually only ninth graders got that privilege. I was the only one who had written poems and short stories that had been published when I was a seventh grader so really I was the only one who wanted the job. 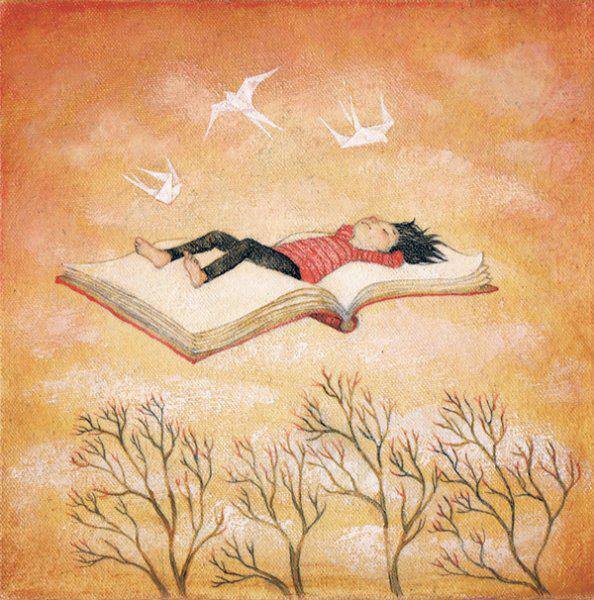 It wasn’t the editor in chief and it wasn’t the news editor or editorial editor. To tell the truth, it was just a position they created for me, but still it felt good to be noticed. Mrs. G, the sponsor, told me she saw promise in my writing. Her words were encouraging though I really think she knew that if she gave a title to everyone on the paper staff, we were more likely to write our stories on time and get the paper out.

To say it gave me the big head was an understatement. I loved being acknowledged. I ate up encouragement like it was going out of style. Even though this was long before Gary Chapman’s Five Love Languages, I know now this is because my love language is words of encouragement.

It makes a lot of sense in regard to what happened next and why it affected me so profoundly. Many people whose love language is let’s say touch, quality time, gifts or acts of service wouldn’t be as affected as I was about the conversation that ensued at supper that night.

“Mrs. G made me fiction editor of the newspaper today.” I said at the supper table.

“Yeah and I think when I go to college, I’m going to major in creative writing so I can learn how to be an author and write a novel.”

My mother looked over her glasses at me and said nonchalantly, “When you go to college, you should major in something practical that you can get a paying job in when you graduate.”

“Authors get paid,” I said.

“Writing a book is difficult. It’s more than knowing how to write, it’s having the right story that really makes a difference.” Mom wouldn’t back down, but then I was just as stubborn.

“I love stories. I love writing stories. It’s what I want to do,” I said firmly in my eighth-grade all-knowing sort of way.

“Well maybe you can get a teaching certificate to go with it so that at least you can get a job until you write your first novel.”

“I don’t want to be a teacher. Maybe I’ll marry a rich guy.”

“Good luck with that,” she said casting a sideways glance at my dad. There was always a bit of tension between them about money.

She continued, “Even if you could write a novel, there’s getting a publisher to publish it and then, getting people to buy it. Even after all of that I’ve heard authors have to sell a lot of books to make any money at all. They only make a very small percentage of the price of a book.”

“Don’t you think I’m a good writer, Mom?” I shouldn’t have asked. I should have let it go. I should have, but I didn’t. When I heard the words they hit hard.

“Teresa, you will never make money writing a book. Just forget about it and focus on something else.”

That was it. My dreams of being a fiction author were not just dashed, but crushed, demolished, obilterated completely with those few words. “You’ll NEVER make money writing a book.”

Because my mother gave me a dose of truth, I focused on finding another way to make my mark writing. I knew from early on writing was a gift God had given me. I was surprised to learn that there weren’t very many of my classmates that love essay questions. I could always ace an essay question even if I didn’t know much about the subject. I could always sound like I did.

My sophomore year in high school I took journalism and just before my junior year I was named editorial editor of the newspaper. It was also the year my favorite journalism teacher who had been there for years quit. In her place came a teacher from Oklahoma Baptist University.

It was the only year she taught at our school and I know she was there just for me. She recommended me for a journalism scholarship to OBU and told me about other scholarships that made it possible for me to attend college there. By this time writing fiction was something I had put on hold as something I might do as a hobby in my spare time.

The crushing blow my mother dealt me regarding never being about to make money writing books, though, followed me through the decades until 2013 when God tapped me on the shoulder and called me to write my memoir, Sweet Grace: How I Lost 250 Pounds and Stopped Trying To Earn God’s Favor. It wasn’t a fiction book, of course. It was nonfiction, as have been the four additional books and two study guides I’ve written since.

My mother was wrong in saying I couldn’t make money writing books because I have made some money as an author, although, not as a fiction author, yet. Part of being able to make money as an author has been because of the technological changes that have come about with book publishing so that I can now self-publish my own books, something my mother never foresaw.

I have to say that I’ve always held a grievance against my mother for her discouraging words to me as a susceptible eighth grader. I felt if she hadn’t discouraged me maybe I could have been a great fiction writer. I see clearly today that is not the truth. She was giving me advice based on how publishing operated in that day and time.

No, my mother gave me good advice. By steering me away from fiction writing, I choose the path of telling the truth through journalistic stories. I became good at it. It’s something I can do in my sleep. These days I do try to be honest with others, so I’ve long since forgiven her for being honest with me. I’ve even asked God to forgive me for holding a grudge against her for so long and blaming my lack of producing a book on her.

Stepping Up and Stepping Out

It’s because of my experience in writing and in publishing nonfiction that these days I am stepping up and stepping out on what feels like very thin ice by trying my hand at writing fiction.

If my mother were alive today, I think she would say, “It’s now or never. Now is the day and time when you can do this.” I wish she were here to be my first reader because she would be a great one at catching mistakes and giving advice about how to make the sentence structure stronger, the character more real or plot more pronounced.

See, it was really because of my mother that I wanted to write fiction in the first place. When I was growing up she was emotionally ill with high highs and low lows. Once a week, she’d go to the library and get stacks of fiction books to read.

As a kid of about six or seven, I’d watch as she’d get lost in story after story. For those endless hours of reading, her life was pure bliss, no problems, no worries, no concerns. She was transported to another world.

I Am An Author

Right then at the tender age of six or seven, I decided, that’s what I want to do when I grow up. I want to be an author. I want to write stories that change people if even just for the time they are lost in the story. It’s taken me a long time to get here, but I’m excited for this new adventure.

Of course the first book, and probably others to follow ,will have a morbidly obese woman as the lead character. I won’t stray far from what I know. As I process what I’m doing I will sharing some of what I write.

As always I’d love to have your input. Feel free to comment. I see them all unless its trashy spam. In that case you might become a character in one of my books. As Author Anne Lamott says, “If you wanted me to write warmly about you, you should have behaved better.”  I agree.