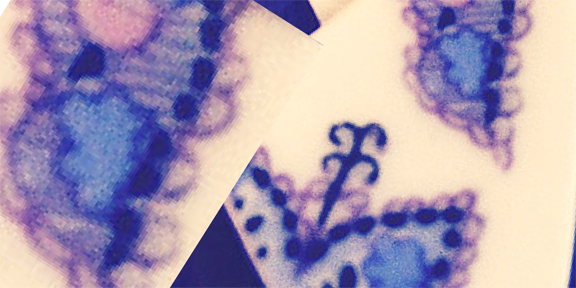 She ceased to be free. She stopped trying.

She stopped living. She simply existed.

Her wings were broken, torn asunder

By her own deceptively sweet, yet destructive habits.

She sat alone nursing her tattered and crushed self.

She silenced her own voice.

Who would listen to a super morbidly obese blob?

What good would it do for her to have an opinion?

Another voice screamed inside her head constantly.

“Be happy with what you have. It’s all you’re going to get.

You are fat and the world hates fat people.

Just be happy your husband is willing to stay.”

And then that same voice would say,

“Go bake a batch of oatmeal cookies or brownies or Mamaw’s cake.

It’s the only thing you do well.

It’s the thing people love you for. It’s what you are.

Besides you need something for comfort. You deserve that.”

So she listens and obeys and the cycle never seems to stop,

She feels like a useless heavy anchor, but she still knows

She had flown at one time and maybe she could again.

Still, she couldn’t begin to find her way back to flight.

Her self-love says, “I am awesome. I matter. Why can’t you see that?”

And in the next breath, her self-hate says,

“An awesome person wouldn’t let herself get in this mess.

What’s the matter with you?

Look how worthless you are.”

Her self-love doesn’t like it that “normal” weight people

Will not accept her beauty. They think she’s lazy, weak-willed and indulgent.

It wants her to be strong, to stand up and ignore all the negative voices,

It tries to get her to try to fly, but another voice is louder.

Her self-hatred convinces her that “normal” weighters are right.

She is all the things they are thinking, saying and whispering.

It cunningly stuffs the screaming monster inside letting her think she’s silencing it with sugar,

Yet it only screams louder. “You’re a worthless piece of trash!

Go ahead and kill yourself with sugar. You deserve it.”

All she wants is to climb out of the tomb she’s built.

And though there are those who love her, who need her, and try to support her,

She pushes them away and wonders why,

Why can’t she allow them access to all of her?

Why can’t they understand her problem?

How could they? They’ve never been in love with Sugar.

Bringing comfort, protection, companionship, whenever she wants it.

She is magic. She commands Sugar to help her and it does.

She can see it, taste it, smell it, feel it, hear it as it calls to her.

She is not stupid. She is intelligent. She knows it’s not helping.

She knows it’s slowly, but surely killing her.

The more she eats, the closer to death she comes.

Still, she believes she is worthless, so it doesn’t matter.

It’s unbearable being her.

So she eats and she cries then, she eats some more to keep from crying

Inside, she desperately wants change, but it seems too hard to even try.

How could she change? It is impossible. She is too weak.

Then the doctor says, “You’ll be dead in five years if you keep eating like this.”

The choice is clear. She must decide. Does she want to live or die?

What will it be—her life or a cookie? Is she worth even that?

Of His only Son. It’s too magnificent to understand.

And has a purpose for her life.

She knows He wants her healthy to fulfill her destiny,

It just feels impossible for her to get there.

Yet, there it is. God extends His hand of grace.

He offers Himself in exchange for her monstrous issue.

Then, He sends one to guide her out of the trash that has become her.

Together with others on the journey, they begin the first small steps

One at a time, one foot in front of the other,

They go forward. It is progress. It is slow, but it is steady.

She wants lasting change this time. She can’t take the waffling like before.

Finally she’s committed, a resounding 10 is heard! She’s all in.

With each step, a layer of shame falls to the ground.

Another step, another piece.

She has many, many layers of physical and emotional baggage.

As they fall off  slowly she remembers who she is, why she was made.

She remembers she once had a spark of life.

But as the layers fall off and she begins to feel exposed,

Then God reminds her that He is right beside her.

His presence, His strength, His mercy, His grace

Has brought her through a transformation

One she never dreamed would happen.

Once upon a time she was nothing but a worm.

She knew in order to become a new creation she must put her trust in the One.

And so she did and she chose to be free.

Then she became entangled again and her wing was broken.

Yet, God is in the business of mending broken butterflies.

She has redesigned wings fashioned specifically by the Creator

For those who’ve come through hardship, addiction and pain.

Her new wings are stronger, more secure; they lift her higher.

She swoops and swerves. She soars teaching others how to fly.

And together they rise on God-made wings.

For information about the necklace that inspired this post, go HERE.