Transformation: a complete or major change in someone’s or something’s appearance, form, etc.

In had been two years since I had been with this group. I was struck by the amount of changes that had happened to each of us. 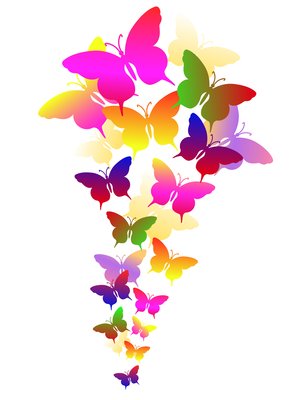 During our time together in 2012, we had come away with a personal manifesto and goals. We started our day in 2014 by talking about what we had accomplished in the last two years.

Although there were other things planned, they never happened. We spent the entire day sharing our journeys.

For some, deaths, illnesses, business difficulties and turnovers, crop failures and life in general, caused sidetracking of goals for a while only to recover and start again.

Others admitted to being in a state of waiting either because of family seasons or career contemplation. These were intentional times of focus on something that mattered more.

Still others stepping out in fearful risk saw results, breakthroughs and milestone achievements. They were all very aware that each propelling forward didn’t seem so much what they had accomplished, but what God had accomplished through them.

Some felt they were maintaining an even keel while still making difficult choices and decisions.

Though each person was at a different place in their journey there was a sense of making deliberate choices or actions wherever they were.

For each person something had occurred that caused a change. And even if the incident, which started the change appeared to be a negative, there was the concurrence that it was bringing about something suitable.

The definition of transform is to change something completely and usually in a good way. It’s difficult to see how death, for instance, can be positive. And yet the very experience of being present when a loved crosses over to the other side is in it’s self a quality experience.

The time spent being present with children or grandchildren or determining which career to pursue is enjoyable.

Taking a risk, though not always comfortable, affords one the opportunity to go to a new and different level in life, even if means falling to a level significantly below where they have been. Just to have taken a risk is an accomplishment.

For those doing everything they can to just stay afloat while trying to decide what to do, the hanging on becomes an accomplishment greater than any they have ever experienced before.

I thought about myself two years ago and myself now. Being a part of this group rekindled the pursuit of writing in my life. Which in a round about way led to me publishing Sweet Grace and Sweet Grace Study Guide and going on the continual saga of the amazing journey I am now on.

It would have never happened had I not been challenged to decide on something I wanted to pursue in my life. I will be forever grateful to Russ Hardesty and the Transformation Leadership project.

Not only were we challenged to do something we had always wanted to do, but in that process we somehow changed into people who were different, renewed, transformed into people we wouldn’t have dreamed possible two years ago.

As we came back together, we saw it once again. For in our sharing, even of difficulties, victories, defeats, samenesses, joys and heartaches, we experienced community.

I would fight for any one of the individuals in that room and I feel each of them would do the same for me. I feel uniquely joined to them even though not one of them is my same age or has my exact same interest.

There should be a way to describe the process that happens when a group of people as different from each other as can be possible, decides to join as one in support holding up each others’ arms in the midst of any and all struggles.

I think I have experienced that word on it’s deepest level. It’s simply called transformation.