Remember Martha, one of the first workaholic women? It seemed Jesus berated her*. All she was doing was asking him to tell her lazy sister, Mary, to get up and help her. 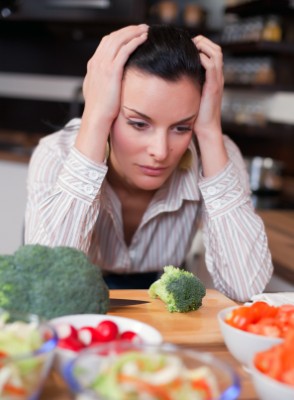 Fight cultural expectations vs. God’s desires. Martha was fulfilling the culturally expected role of her day, Jeremy Risner, pastor, Christian Chapel, said Sunday, May 11, 2013. “Mary, however, was stepping out of the accepted role.

“Sitting at Jesus’ feet was the posture of a disciple of any teacher in their society. But the disciples were usually males. Martha wasn’t just asking for help, she was demanding her sister keep to the traditional way of behaving.”

Jesus, of course, was ignoring the roles of women. “He upheld Mary’s right to listen and think and develop her mind.”

Jesus was not discouraging service, though. He talked a lot about service. He wasn’t saying that Martha’s role of service was unimportant. “What He did say was that being a disciple and learning about His ideas were more important.”

I like Martha. Martha was working. It says she was “distracted by all the preparations that had to be done.” I get where Martha was at.

Jesus was head of ministry with thousands of followers. Of course she wanted to make sure he had a meal. There wasn’t a Kentucky Fried Chicken in their town.

I mean, what if T.D. Jakes showed up at your house at dinner time? Would you let your husband talk to him while you frantically cleaned the kitchen and found something presentable to cook?

Or would you be so eager to hear what he had to say that you sat down and listened to him and interacted, asking questions and learning all you could?

I think maybe I would be working fulfilling an expected role, but I would be angry the entire time because I couldn’t hear what he had to say. I believe that’s kind of where Martha was at, as well.

What cultural expectations do you fall into instead of fulfilling God’s desires?

Fight life’s circumstances vs. God’s timing.  When Mary and Martha’s brother, Lazarus, dies Martha is upset that Jesus didn’t get there sooner. She sought out the Lord, but more to express her grief and regret, not to ask for a miracle, Risner explained.

I think it’s interesting that Martha went to confront Jesus while Jesus called for Mary. Both women say the same thing to Jesus.** It’s the posture, though, that’s different. Martha goes out to meet him. Her statement is almost accusatory. He uses the opportunity to teach her who He is.

Mary comes and falls at His feet and says the same thing, but this time Jesus is “deeply moved”*** You know the story, He raises Lazarus from the dead.

Again, I get Martha. I would be the one asking questions, standing toe-to-toe. When my mother had cancer surgery and they did not get all of the cancer, my brother, sister and father were crying, but I was asking questions. They were being. I was doing. They definitely chose the better thing.

A change happens to Martha when Jesus tells her His purpose and she sees Him raise Lazarus from the dead. She becomes more connected. Perhaps, it was understanding that there is a difference between what she saw of life’s circumstances and what God’s timing is.

When have you been able to trust God’s timing and power beyond what you could see with your eyes?

Fight work as work vs. work as worship. The next time we see Lazarus, it’s six days before the passover. Jesus is there and they are having a “Happy Not Dead Day,”  Risner said.

It must have been quite a party. Everyone wanted to see the famous Lazarus who had been raised from the dead. The party, though, was given in Jesus’ honor. Two words tell us that everything has changed for Martha. Scripture simply says, “Martha served.”

Wait a minute, you might say. That’s nothing different from what we saw before. However, Martha was not rebuked this time. She served without complaining. She didn’t object when her sister took a pint of expensive perfume and poured it on Jesus’ feet and wiped them with her hair.****

She had discovered her gifting, her way to worship Jesus and appreciate His presence without complaining about who she was.

“Martha learned her lesson,” Risner said. “It’s time to celebrate and worship.” Her role, her work had been transformed into her own way to worship Jesus.

Here’s the deal, I am so much like Martha it is just not funny. I see Mary as a girly girl, perfume and all, falling at Jesus feet, afraid to get her hands dirty. I see Martha as perhaps the more hearty one, no make up or perfume, sweaty over the hearth, cleaning house.

Both of them, though, came to understand they have their own way to worship Jesus. Martha also learned from Jesus and put what she learned to action. Perhaps she was more of the type of everyday person like me. Perhaps Mary became the one who stood on stage and made presentations. She was the more dramatic.

Jesus needed them both to understand that they were loved and appreciated just for who they were, kind of like me and kind of like you.

How can you train yourself to see all that you do as worship?