You are important. Your story matters.

You are important. Your story matters.

It’s just so hard sometimes to believe it, isn’t it? It’s especially difficult when I forgt to get milk for breakfast. I mean, cereal with orange juice on it just isn’t the same. My car is on empty and I forgot to transfer funds to the only account with the debit card I am holding in one hand and the gas nozzle in the other. I missed my hairdresser appointment, again. The report that’s due tomorrow still has at least two more hours of work and it’s already midnight.

It’s sometimes actually impossible for me to believe that I am important. I figure maybe I can blame my lack of importance on my heritage or something. It must be somebody else’s fault rather than mine. 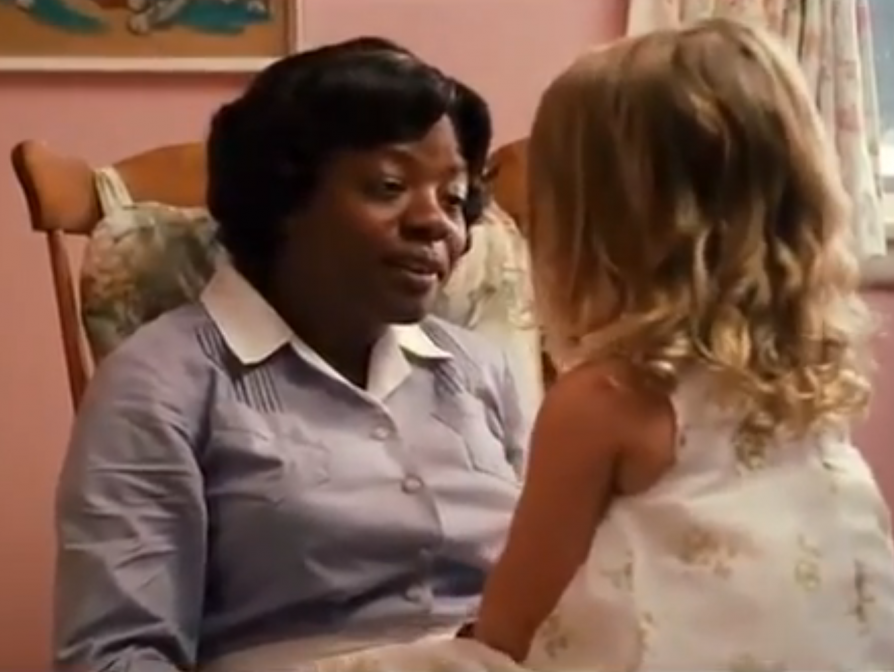 “You is smart. You is kind. You is important,” Abilene tells Mae in the movie, The Help.

The problem with that line of thinking is that now I am the heritage. I’m the oldest living woman in my direct lineage. This has been my lot since 1993 when my grandmother passed away six months after my mother. When I think about them and my great-grandmother, I think about the things they taught me regarding love, courage and importance.

In the movie, “The Help” Abilene gives Mae instructions meant to define the rest of her life. “You is smart. You is kind. You is important.” She has Mae repeat those words often through the few years she is her Nanny. Somehow, I believe Mae remembered those words.

Of the three phrases, “You is important” is the one that I have struggled to internalize. I think many women fail to believe this phrase in its entirely, as well.

None of my matriarchs really wanted me to major in journalism. They wanted me to be something sensible like a secretary, but they agreed journalism would be better than creative writing or painting as long as I learned to type. (I think they should have insisted I take a budgeting class, too.)

It’s taken me some time to forgive them for not believing what I wanted to do was important. The truth is, I am important and though I thought their advice meant they didn’t believe in my importance, they did. Their advice was born out of their paradigm. But it helped direct my life while still allowing me to use my unique gifts. I think it’s called wisdom.

“I once dreamt I was telling stories and felt someone patting my foot in encouragement. I looked down and saw that I was standing on the shoulders of an old woman who was steadying my ankles and smiling up at me.

“I said to her, ‘No, no come stand on my shoulders for you are old and I am young.’

—Women Who Run With the Wolves by Clarissa Pinkola Estes, PhD

Now, as I stand on the shoulders of the matriarchs I knew and loved, I look down at their faces and remember when they each held me close to their breasts and whispered how much they believed in me. And I knew they did.

I do not remember a time when any of these women sat me down and told me, “You are important.” They didn’t have to because I saw it in the way they lived their lives and cared for me. Mae wouldn’t always have Abilene and Abilene knew that. She had to give Mae words that would resonant deep within her core because the biological shoulders Mae would stand on were weak.

She had to draw strength from neighboring shoulders so when the day came for her to have a daughter, that daughter would stand on stronger shoulders than she stood on. And Mae’s story would be more vibrant, more alive.

When I first read Clarissa’s words I thought the shoulders I was standing on were just my biological line of ancestors, a vertical tower of one woman standing on another’s shoulders. In reality, though, I stand on the shoulders of every woman who has ever had an influence on me. Each are a part of me.

My foundation is strong because it is wide and deep. It is like a 3-D pyramid, women standing shoulder-to-shoulder holding on to the ankles of those on either side and all around them. Above me is not just my daughter, but other young ladies who have entered my life. I may have thousands who one day stand with some tiny inch of the little toe on a part of my shoulder. Below me are those I have never met, but I am known by them.

We are important because if we fail to maintain the integrity of our individual lives, there will be a void in the pyramid. The structure will be weaker which will necessitate that others to take on more than their share.

We may be supporting only one tiny foot, but that foot can change the world because of us. Our place, our story, our assignment in this world has far more importance than we could ever think or hope or imagine.

For far too long we as women have been satisfied standing on what we deemed a shaky, trembling foundation. That is not true. We stand on strong shoulders of phenomenal women.

You matter. Your story is important. Your life matters. You are important.