When you are hungry, really hungry, what will you give for something to eat? Hunger is this all-encompassing feeling. There seems to be no way to conquer our appetite, but to eat and eat a lot. 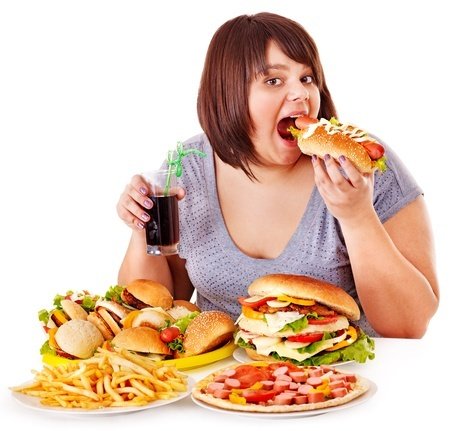 
This was a big problem for Esau. I can just see him now. Jacob and Esau were probably teenagers about now. Esau, the better hunter, the hairy, loud guy came in from a day of trudging through the woods and not finding any game.1

“I’m starving!”2 He announces to his brother, Jacob. Jacob was the quiet one whose brain was always turning.

He liked to stay around the family camp and had a big batch of red bean stew cooking. It was the kind of food they cooked when they didn’t have any meat.

Esau didn’t want to call attention to the fact he, the skilled hunter, hadn’t brought back any game, so he demanded some food from his younger brother.

Jacob didn’t argue, but seeing an opportunity said, “Ok, but give me your right of the first born to the inheritance.”3

This was probably a double portion of what his father had. It would amount to a substantial portion. But remember Esau is so hungry he thinks he’s dying of starvation.

Gives everything for food

“Ok. What good is my birthright to me now?”4

Jacob, the smart little brother, though doesn’t give him the stew until he swears an oath. This is the same as selling all his rights as firstborn to his brother.

Jacob gives him bread and stew, Esau eats and leaves. It was no big deal. He had what he wanted in the moment. His stomach was full and that was all that mattered.

Scripture says Esau, “showed contempt for his rights as the firstborn”5 by doing this.

Perhaps Esau wasn’t too concerned because in their culture the there were two gifts the father could bestow, the birthright and the blessing. Jacob now had the birthright, but Esau knew he was his father’s favorite.

It is interesting that scripture says the reason Issac, the boys’ father, loved Esau was because of the wild game he brought home.6 Does anyone reading this think it is at least interesting that both Esau and his father were ruled by their appetites?

As the story continues we see Isaac becoming wealthy. However by chapter 27, he is very old and blind. However, he still lives to eat the game that his son, Esau brings him.

The New American Commentary goes to far as to say “Isaac’s pleasure in eating game distracts him, contributing to his negligence.”

He says to Esau, “take your bow and a quiver full of arrows and go out into the open country and hunt some wild game for me. Prepare my favorite dish and bring it here for me to eat. Then I will pronounce the blessing that belongs to you, my firstborn son, before I die.”

Of course this fails because Rebekah hears the conversation and instead has Jacob bring her two goats from their flock. She prepares them and has Jacob take them to his father. Of course he puts on Esau’s clothes and covers his arms and neck with the goat skin.

It’s notable that Isaac eats his dinner and drinks his wine before kissing his son, smelling the clothes of Esau and believing it to be Esau bestows an irrevocable blessing on his younger son.

He essentially blesses him with everything in heaven, on earth, grain, new wine, nations falling at his feet and that he would be lord over his brothers. Finally, he “a;; who curse you will be cursed and all who bless you will be blessed.”8

It is an all-encompassing blessing meant to give Esau everything and Jacob nothing. Instead the reverse happened. The only blessing his father could give him was that he would serve his brother.9


Jacob and his mother clearly tricked Esau and Issac, however I find it very intriguing that both Esau and Isaac had more interest in the foods they were eating than the birthright or blessing.

Isaac was more in tune about the blessing than Esau, but he still ate first and after he was satisfied with the meal blessed the wrong son. Could it be that Rebekah knew her husband would be less inclined to wonder about who had fed him if the meal was beyond perfection and satisfying to Isaac?

Esau was ready to kill Jacob after he stole the blessing. Jacob leaves and is gone for many years. When he returns to make amends with Esau, both Jacob and Esau are changed men.

Jacob approaches his brother who has 400 men with him. Jacob bows to the ground seven times as he approaches Esau. Esau runs to him, embraces him, throws his arms around his neck and kisses him and they weep.10

Esau is no longer a man bent on revenge. He has settled in as a man who is in charge of many and is secure in his position. The entire tone of the meeting indicates that Esau’s appetite has been conquered along the way. The anger has vanished.

How did he conquer his appetite? We do not know for sure. I know this, however, the change we see in Esau the burly, loud hunter to the loving brother says to me surrender to God is the only possible way such a change could occur.

What will it take for you to conquer your appetite?

Teresa Shields Parker is an author, speaker and coach. Her book Sweet Grace: How I Lost 250 Pounds is the #1 Christian weight loss memoir on Amazon. She shares transparently and openly about the challenges of losing an extreme amount of weight. Sweet Grace Study Guide gives practical tips on weight loss.

Her new book, Sweet Change: True Stories of Transformation, published Dec. 2014, shares the stories of 17 individuals on the weight loss journey and includes much information from Teresa. Downloadable pdfs of all books are available under the products tab.

Sweet Change Weight Loss Coaching and Accountability Group provides support, encouragement, weekly videos, action steps and an online group for those wanting to be intentional about their weight loss efforts.

To request Teresa to speak at your event, please contact her here.