If you’ve been around Christian circles for very long, you’ve heard the definition of grace as God’s unmerited favor. If that is what grace is then what does it have to do with weight loss and why would it be the title of a weight loss memoir? 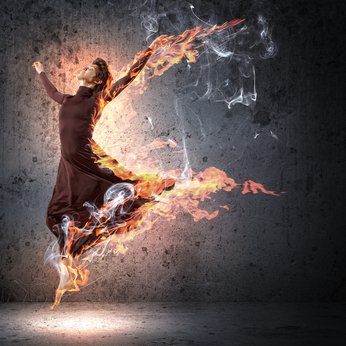 I was asked that question today on a radio interview, which I hope to have up on the blog next week.

Basically grace is what gave me the power to lose weight. Let me explain further.

Never in a million years did I intend to name my book anything about grace. To me grace was a nice concept. I knew it had to do with what happened to me when I was seven and accepted Christ as my savior.

That benefit of grace alone would be enough to last me for a lifetime. However there was always something I didn’t understand about grace.

I didn’t understand why God would extend grace to cover all our failures, past, present and future. It would seem to me that He should require some kind of minimum failure rate for those who accept Him and claim to live as Christians.

Of course, when contemplating this, I would judge everyone by my standards. If they did as much as me, they’d get in heaven. If not, they’d get kicked out.

I would say that I believed those in lifestyle sin might not make it because surely they hadn’t ever really accepted Christ or they wouldn’t fall prey to such difficulties.

I never put myself in the category of lifestyle sin because I had never heard a preacher preach against over-eating. Never. So, it must be one of those gray area acceptable sins.

When I connected the dots and realized I was a sugar addict as bad as an alcoholic or someone caught in the throes of pornography, I wanted to tell every Christian that they are in lifestyle sin, addictive behavior, if they can’t stop eating sugar.

I began writing my memoir with the working title of Confessions of a Foodaholic. I was pretty far along in my book. I ended the day by writing a chapter about how compulsive overeating is an addiction and addiction is sin. The next morning before I wrote, I went in my prayer closet.

The moment my face touched the floor I sensed a strong admonition from the Lord. It went something like this: “So what if compulsive overeating, drinking, drugs, pornography and a million other things are sin. I died for your sin. Grace covered all your sins. Remember grace? It’s not just a girl’s name. It’s what I do. I’m in the grace business.”

Now I really needed to understand the grownup version of grace.

When I accepted that I had an addiction to sugar, surrendered processed sugar to God and began walking in the opposition direction, I was employing grace as defined by Peter.

“Each of you has received a gift (a particular spiritual talent, a gracious divine endowment), employ it for one another as [befits] good trustees of God’s many-sided grace [faithful stewards of the extremely diverse powers and gifts granted to Christians by unmerited favor].”1

The word employ, according to the dictionary, means to make use of. So how do I make use of grace? And if grace is the power of God, the fluid movement of God, what could employing it to its full potential do for me?

Beyond that, what could power, favor and blessing in my life do for the kingdom of God.

Grace is the heavenly part of the equation that blows everything to exponential proportions. It is the operating system that works in the background of my life, but only comes alive when I hit the start button.

“Grace is the operational power of God to do what you couldn’t do one second before,” says Kris Vallotton, a pastor at Bethel Church, Redding.

So why would God do this for us? It’s not for us, necessarily. It’s for the world. As trustees of His diverse powers and gifts we are to employ grace to share His message with the world.

We’re the only work force He has and yet we are extremely flawed and fallible. He knew that so He invented grace. When I do something incredibly ridiculous like putting tainted fuel in my body, grace draws me back to God. As I repent, God dusts me off and points me in the right direction.

If I wallow in guilt and shame, I am not an effective worker in the kingdom of God.

God’s heart is for all people. Those of us who have accepted him are the only voices He has.

Grace helps us share His message. That’s why when I began to take the steps towards health, the steps He’d shown me so many times, He kicked grace into high gear in my life. It’s all about the message. I needed to be healthy to share how God’s power is made perfect in my extreme weakness.2

He gave me grace for all the times I ran to sweets instead of Him.  He propelled me forward with strength and power. Now my life is dancing in the unforced rhythms of His grace. It’s a fire I can hardly contain.

Ah, grace, His sweet grace. I couldn’t live a day without it.

Get your copy of Sweet Grace: How I Lost 250 Pounds and Stopped Trying to Earn God’s Favor by clicking on the title. Also, grab a copy of Sweet Grace Study Guide: Practical Steps to Lose Weight and Overcome Sugar Addiction. If you already have a copy of either the Study Guide or the memoir, I would be honored if you would go to the pages and share a few sentences in the reviews.