From the first moment God thought of you, He saw you no other way than beautiful. If He saw you on the street, He’d greet you and say, “Hey, Beautiful!”

You have been on His heart since the beginning of time. 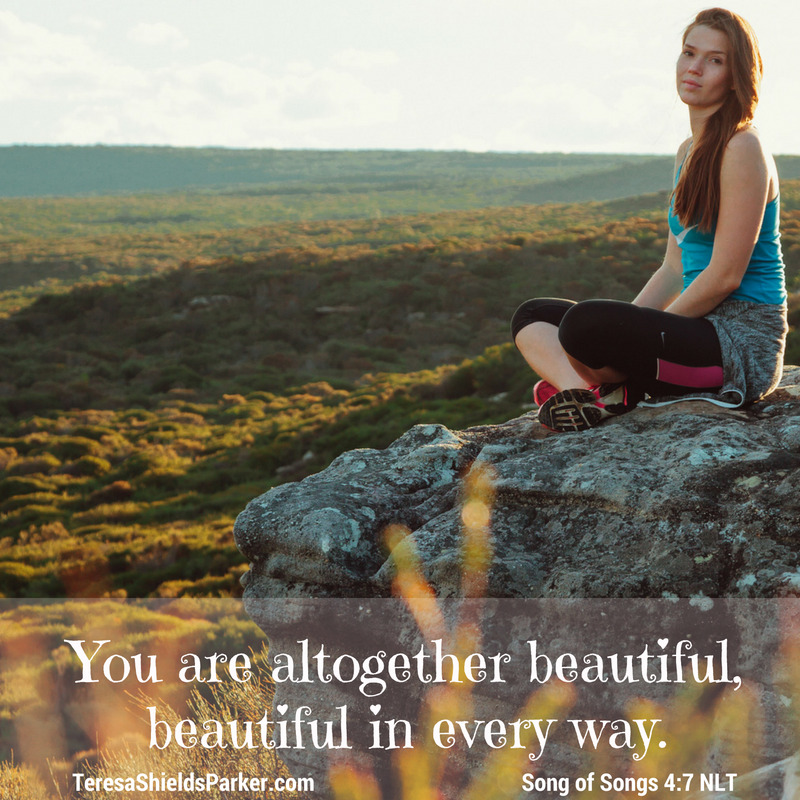 Created for Such A Time As This

You were created for such a time as this, this time right here, right now. There is an assignment God has for you.

That assignment isn’t to do anything, but to be totally and completely connected to Him. “God has made everything beautiful for its own time. He has planted eternity in the human heart, but even so, people cannot see the whole scope of God’s work from beginning to end.”1

Eve certainly couldn’t fathom what God was up to. If she could have, things might have been so different. She and Adam had everything they needed, basking in the presence of God, They walked in the cool of the evening, unencumbered by all of life’s cares.

Then Eve decided she had to do more than just be connected to God. She had to be like God.

And yet in doing that, she violated a very basic principle of bliss. She became encumbered.

As a result all of humanity felt the burden of responsibility for her fallen state. Though God still called her beautiful and worth redemption, she struggled.

She knew she didn’t measure up to what God wanted because she went against His only direct order to her and Adam.

Shame, guilt, regret flooded her. Yet, she went on and bore sons and daughters to her husband. She had pain in childbirth and she understood who she was in relationship to God.

Not much else is said about Eve. The fact that she had a wayward son who killed the other did not defeat her. She and Adam bore another son who carried on their line.

Despite being responsible for a cataclysmic event in history, Eve survived. She finally understood the depths of God’s great love for her and all humanity.

She understood that despite her failures and shortcomings, despite the fact she willfully did the opposite of what God told her to do, God forgave her, protected her and provided for her.

The fact that what she did had to do with food does not escape me, nor should it you.2 That what turned perfect harmony into utter chaos was a type of food should give you pause to think especially if food is your own personal failure of choice.

Is food your own personal failure of choice?

We are not told what kind of fruit was on the tree, but I believe it represents the temptation that you allow to pull you, the one that you feel you cannot resist.

Many people refer to what Eve ate as an apple, but the Bible does not say. As a kid, or even now as an adult, I was never impressed with Eve being tempted with an apple. Apples are OK, but I wouldn’t disrupt humanity for one.

However, if it were a cinnamon crunch bagel tree or even a Starburst candy tree, at one time in my life I would have.

The phenomenal aspect of grace is this, even when I gave into temptations to eat buckets full of candy and sweet breads, God still thought I was beautiful.

He did so because He sees me not as I was in the moment of my failure, but who I would one day be when I fully connected with Him.

He knows me completely. He wrote the book about my life.“You saw me before I was born. Every day of my life was recorded in your book. Every moment was laid out before a single day had passed.”3

This chapter of Psalms is all about me and it is all about you. It says His thoughts about us are precious and so many they can’t even be counted.4

He thinks of me and you as precious even though He has examined our hearts and knows everything about us, even when we eat the things He has told us aren’t good for us and will bring calamity to into our lives.5

When we think He doesn’t see you, He does. He knows your every move and your every thought. He sees you when you go on vacation and when you are sitting watching television in your living room. He knows everything you do.6

Nothing is hidden from Him.

All of this and He still calls you beautiful, precious, loved and wanted.

He still draws you to Himself.

I am always struck by the extreme patience of God. However, even with His patience when we abuse our earthly temple our time to accomplish all the great plans and dreams God has for us will run out if we do nothing to turn our lives around.

I was so very cognizant of that many times in my life.

I thank Him every day that He kept trying and finally got my attention long enough that I was able to grab myself by the lapels, turn myself around, run straight to Him and away from what I craved.

Today my prayer is Lord, help me always and only crave only You. Because despite all my failures, still You call me beautiful.

When I began what became my extreme weight loss journey being beautiful was the last thing on my mind. I only wanted to survive. After losing more than 260 pounds, my life has dramatically changed in every way.

I went from feeling like the lowest 430-pound scumbag on earth to know I am more than beautiful, not because of the physical weight I’ve lost, but because I am finally walking in total surrender with the God of the universe.

I invite you to join us to learn how to do the same. In #KickWeight, my six-month weight loss coaching group, we are going to learn how to become beautiful inside and out.  The group is open now, but hurry, the welcome video is posted on October 1. Even now there are pre-class assignments and a place to introduce yourself to the group.

Hey, Beautiful, I invite you to join us for the ride of your life. Just go HERE to find out all the information and to join.

One other thing, just because others have wanted to know this. I also have Sweet Change, an ongoing coaching group. It involves more directed coaching and weekly videos. If you choose to join Sweet Change, you get #KickWeight at no extra charge. Go HERE for that group.

I’m not picky, just choose a group and join. We want you with us on our journey to becoming more than beautiful. You already got that down pat. 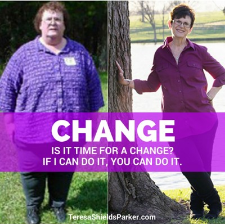