Have you ever had a word from God that said, “Leave it alone?” Are you a second-guesser? Do you just have to keep re-working projects until they are overdone never to get them finished, never to do anyone any good?

I’m learning there is a time to leave it alone and launch it. Although it sounds easier, it’s a hard lesson for me to learn. 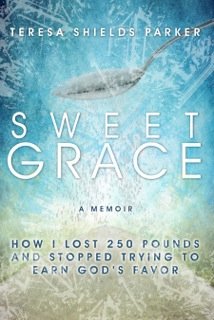 I can remember as a child being told to “Leave it alone” whenever I wanted to do something only an adult knew how to do. I’d usually ignore them and do it anyway, only to get in trouble.

My husband and I never had to worry about our son being disobedient like that, though. If we told him not to bother something, he wouldn’t touch it.

He was about five when his father was drilling a hole in the living room floor next to the television to run a wire down to the basement. Andrew watched with great fascination in the process. He was especially mesmerized by the hand-operated drill.

When Roy needed to go to the garage to get a tool, he pointed to the drill and told Andrew, “Now while I’m gone, leave it alone.”

I was nearby in the kitchen fixing supper. It had been several minutes and all was quiet. It’s that kind of quiet that every mother recognizes. Before I could extricate myself from the meal preparation, Andrew came in the kitchen.

“Hmm, what did you do instead?”

“I picked up the drill.”

“Did you drill a hole?” I knew the evidence would provide the truth, but I wanted the confession.

“Yes the devil said, ‘Your dad doesn’t think your big enough to drill a hole. That’s why he told you to leave it alone, but you know you are so go ahead. Drill a hole.’”

“Because even if I am big enough to drill the hole, Daddy told me not to.”

I’ve always been impressed with my son’s ability to turn off the enemy’s voice when it speaks and to discern it is the enemy.

He has a focused faith. If he’s supposed to leave something alone, he leaves it alone, especially if he knows it’s the enemy’s voice telling him something to the contrary.

I, however, can’t seem to leave things alone. I am very good at getting started and even finishing a project. You would think that would be enough, right? But for some reason, I have to mess with it some more.

I recently finished my memoir, Sweet Grace. It will soon be going to the printer and will be available for purchase by mid-October. I had decided on the tagline: How I Lost 250 Pounds and Stopped Trying to Earn God’s Favor.

Then I started second guessing myself and came up with a bazillion other options that might be better.

It took away time I should have been working on the Study Guide for the book. Not only that, it’s like six weeks from projected book launch.

I asked God, “Which one do you think would be best?” I actually saw a picture of Him throwing up His hands and saying, “I will bless any of them. Just stay with one.”

But I couldn’t choose. So I asked a couple of people. One said I think any would work. (She must be on a divine wavelength.) The other told me she would pray about it.

I was sure she would pray about it and maybe get back to me in a week. Instead, she emailed me less than two hours later and said, “God said, ‘Leave it alone.’”

When I read the words, I knew that was what God had been trying to tell me not only with this project but with my life. I work really well with God on a project, get His blessing and start moving forward and then the fear sets in.

Did I do this right? Well, what about that? Maybe it should go this way. Have I included that? What will this person or that person think of this section? Should this chapter go here or there? How will I handle this when it happens? How will you answer that question? And on and on until I have backed myself into enough second guessing and worrying that I can’t even remember what I was originally setting out to do.

The truth in this for me is to focus on what I’m doing until it is done and then to leave it alone and move on.

As my friend Wendy Walters says, “Perfection is the enemy of launch.” When I am always second guessing everything I am not launching my book. No one is reading my words. No one is being helped. Nothing is happening and that’s exactly what the enemy wants.

It happened with this post. I had it almost written before I went to a meeting. When I came back to it, I was second-guessing the entire thing. Then, I heard God speaking softly, “Leave it alone.”

And so I’m leaving it alone and I’m sending it to you. Argue with God about it if you don’t like it. I’m going to bed.

NOTE: Today is the last day to register to win one of five pre-release copies of my memoir, Sweet Grace: How I Lost 250 Pounds and Stopped Trying To Earn God’s Favor.

Simply click on the box below and then enter following the instructions in any of the boxes. Winners will be chosen and announced on my facebook page.