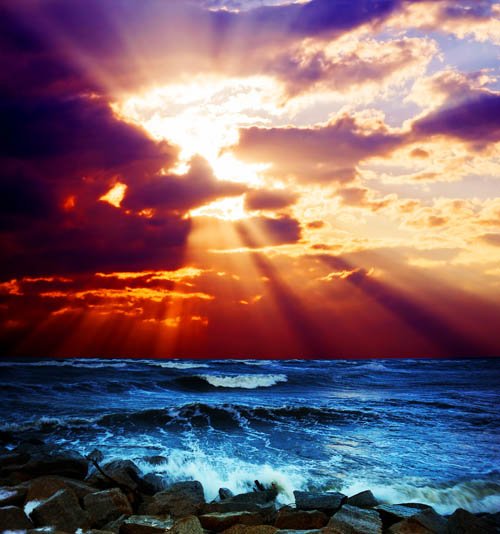 One dictionary definition of abundance is “affluence; wealth.” Many think of abundance as only wealth, specifically more wealth than they currently have.

There was a time when I prayed, “God just give us enough money to pay our bills.” At that time that was my definition of abundance, to not have to worry about how ordinary bills such as utilities, mortgage and car payments were going to be paid.

My definition of abundance was not very abundant. And if my prayers for abundance were answered only according to my limited thinking, I still would have attained abundant living.

I equated abundance with some sort of monetary value. But when you think about it, how can one put a value on abundance?

A better definition for abundance is “overflowing fullness.”  It reminds me of the story of Elisha and widow.1

If you remember, creditors were coming to take her sons. She asked Elisha for help. He asked her what she had in the house.

“Your maidservant has nothing in the house but a jar of oil.”2

He instructs her to go and borrow as may jars as she can, “empty vessels; do not gather just a few. And when you have come in, you shall shut the door behind you and your sons, then pour it into all those vessels, and set aside the full ones.”3

The widow was limited in her vision and thinking. I understand exactly where she was. She was limited to the natural, what she had on hand: a jar of oil. That something supernatural could happen had not even occurred to her.

Elisha explained exactly what was going to happen but she really had no paradigm for what he was actually explaining which was actually a supernatural miracle. He told her as many jars as she and her sons gathered would be filled with oil. Remember in verse 4 he said “pour it into all those vessels,” those being the ones they scrounged up.

If I were the widow I would be thinking this guy is crazy. I’d tell my boys, just do what he says but don’t go out of your way.  I’d be thinking that way because my view would be focused on the need rather than the possibility of provision.

She did what Elisha told her and started pouring the oil from her jar into the vessels her sons brought her. She started pouring and the oil did not cease until, until there were no more jars to fill.

When there were no more jars, the oil stopped. Elisha told her to sell the oil, pay her debt and then live on the rest.

Here’s the interesting thing to me. Even though she didn’t gather an over abundance of jars and even though her vision was not larger, she still received abundance, overflowing fullness. She received, not because her debt was paid, but because she had her sons. For her abundance was in family. Provision was just a means to preserve that. And she had what she needed to take care of her family.

Abundance and scarcity cannot co-exist.  Some of the most affluent people exist in scarcity of relationships, values, meaningfulness. Their goal has been abundance of money.

The problem with that is, money, like oil, will run out. The most affluent people know this. That’s why their goal is always accumulating more and more of what they know will eventually be destroyed.

You can’t take money with you when you leave this life, but you also cannot create happiness with affluence alone.

Jesus said, “The thief comes only in order to steal and kill and destroy. I came that they may have and enjoy life, and have it in abundance, to the full, till it overflows.”4

The thief was not the kind of thief that steals someone’s money, but steals the very essence of life, which is to live with meaning and on purpose.

A scarce life is one that is lived selfishly, amassing worldly wealth and substance.

An abundant life is one that is lived for the Creator, amassing souls for the Kingdom.

The overflowing fullness that exists in the abundant life can never be depleted.

One can take from a person with abundance and abundance will remain.

It has taken me over 20 years to understand what living in abundance really looks for me. It is not in just paying my bills, but living my dreams. It is not in eating everything I crave, but it is in intentionally surrendering what masters me.  It is not in money or things, but the beauty of God’s touch in all of creation. It is not in just being sure I am set free, but in helping others feel the Master’s touch on their life and be set free as well.

What does living in abundance look like for you?

Teresa Shields Parker is a wife, mother, business owner, speaker and author of Sweet Grace: How I Lost 250 Pounds and Stopped Trying to Earn God’s Favor and Sweet Grace Study Guide: Practical Steps to Lose Weight and Overcome Sugar Addiction. Get a free chapter of her memoir on her blog at Teresa Shields Parker.com. Connect with her there or on her Facebook page.