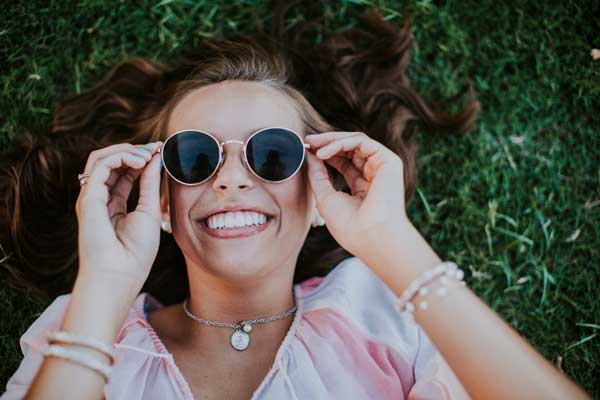 In the past I’d get to a place where I wanted to lose weight and I’d look for a diet that could get the weight off fast so I could eat what I wanted again. This time, I was looking for a way to get sugar out of my system for good.

I knew it had a hold over me. I knew I had willfully chosen to eat things with high sugar and high carbohydrate content. I knew that just telling myself to stay away from it would only make me want it all the more.

I heard of a mother who was a drug addict. Both times when she got pregnant she would stop doing drugs for nine months so her child would be born healthy. Then she would reward herself for delivering a healthy baby by starting to use again.

Diets and Will Power

I was the same way with diets. I would muster up the will power to resist sugar for a short time. Nine months was about the time frame where I could lose 100 pounds by not eating sugar and staying away from starchy foods.

Once I got to my goal weight I would reward myself with a big treat and that was it. I was off to gaining weight again.

I wanted to break this cycle. I wanted to change, but I knew I needed God to help me. I needed to trust Him with my food issues. Learning to do that was the challenge.

I began attending a new Harmful Life Patterns Group that my mentor, Russ, was starting. We began by discussing the first three of the Alcoholics Anonymous’ 12 Steps. I had no idea if those were God-inspired or not, but God spoke strongly to me through them.

To begin with I admitted I was powerless over sugar and that my life had become unmanageable. I was shocked by how closely my issue was aligned with that of an alcoholic.

If I walked into someone’s house and there was a plate of warm cookies right from the oven, my mouth would be salivating. I would immediately be craving those cookies! If the hostess didn’t offer them to me, I might rudely ask for one first.

To realize that a plate of cookies could wreck any resolve I made was hard to admit. Just sitting there in our meeting thinking about those cookies made me want to go home and bake. There was no holdback with this statement.

I readily admitted I was powerless over sugar and foods with high carbohydrate content. Admitting or accepting that I have a problem was my first step. I had never done this before. I had not seen my issue as something I could not control, but one look at me at 430 pounds and that was apparent to anyone else.

I Turned My Will And Life Over to God

Step two was much harder. I had to skip it and come back later so I went on to step three. This was something I had already done in part. I made a decision to turn my will and my life over to the care of God, as I understand Him.

I had surrendered sugar to God. It was a real, deep and honest expression of my desire. I knew I couldn’t walk it out on my own. The important part of this step that I felt God was dealing with me about was turning my will totally over to Him.

I’m stubborn. My mother used to tell me I’d argue with a fencepost if it would talk back. Actually it probably didn’t need to talk back. I’d still argue. I was an oldest child who had a lot of responsibilities at home and I was the boss. There were times my stubbornness was necessary, but times it felt overwhelming.

Finally, I saw how I needed to lay that part of my life down. I needed to allow God to be the boss of me. It was a great relief when I finally did this. It felt like a huge load was lifted off my shoulders. God is in charge of me now! It felt so good.

God still wouldn’t let me get away with not facing step two. The reason this step was so difficult for me was that it required me to admit I was insane.

My mother had manic depression when I was growing up. She was in an out of mental hospitals. Although we never spoke of her as insane, it was the unspoken word that hung in the air. I never wanted to be insane.

Step two says I came to believe that a power greater than myself could restore me to sanity. So that means I am admitting I am insane. Over the process of several weeks God gently revealed to me that what I had been doing was crazy.

Willfully allowing myself to get to 430 pounds, willfully having surgery to take care of the problem, then willfully negating that surgery was insane. Every time I went on diet, lost weight and gained it back again plus more was insane!

Dear Jesus, I need help to restore myself to anywhere near sanity. Have I ever even been there before? I need You to help me understand how to live in any state that is near sane. I need directions to sanity restoration.

Once I prayed that God began to reveal to me how the diet mentality had been my road to insanity. It promised a short-term fix for a long-term problem. It presupposed that if one minute I’m eating all the sugar and high carbohydrates I want that in the very next moment I can stop all of that and begin to eat a greatly restricted menu.

This never did fix my issue with food. I felt I had failed with every single diet I’d ever been on because I gained the weight back again plus more. Diets were actually causing me to gain rather than lose. Now that’s insane!

I needed to allow God to bring sanity into my life by helping me focus on good habits I wanted to start. When I asked my mentor how I could do this he had a ready answer.

“Diets tell us things like don’t eat sugar,” Russ explained. “All our brain hears is sugar, sugar, sugar. We can abstain for awhile, but eventually we go back to it because our focus is on sugar.”

“Don’t try to stop sugar all at once,” he suggested. “Stop one aspect first. One that you know you can do. Start something that you have been wanting to do because you know it’s good for you. Make it a SMART goal, very specific, measurable, attainable, realistic and timely.”

My heart-felt desire was to say I’m stopping all sugar, but I knew if I did that I would have the same results as I always had. I’d eventually go back to it. So I chose to stop my trigger food, which was candy. It was a SMART goal because I knew exactly what it was.

A stop without a start was just another diet.

I began to see that a stop without a start was just another diet. The start was the thing I had to focus on. So the start I chose was to exercise in the water three times a week for 30 minutes. It was also a SMART goal.

This, along other tools he taught, began to help me completely change my lifestyle and eventually lose over 250 pounds.

I learned that it’s not as simple as just going on a diet. It’s a lot more difficult, but it is the easiest hard thing I’ve ever done. That only happened when I finally admitted to God that I needed His help.

“For when I am weak in human strength, then I am strong, truly able, truly powerful, truly drawing from God’s strength,” (2 Cor. 12:10 AMP).

God radically changed me when I simply began listening to Him and, along with a group of peers, began following the guidance of a mentor who knew how to lead me out of my addictive lifestyle.

Out of that experience, God called me to begin a coaching group where people from all over the world can come together and do the same thing. That’s how Overcomers Christian Weight Loss Academy was designed.

We bring together a group of like-minded peers who all want to follow God on their weight loss journey. Then as the coach I give guidance simply because I’ve walked out that journey.

We have the largest group of Christian weight loss courses that I know of. There are 200 video lessons in 25 courses in our video library.

We also go through a course together in our Facebook group where I post a video lesson each week. Not to mention, we have a live monthly video call where members can ask me any question and I answer them on the spot.

Overcomers Academy is only open a few times a year. It’s open right now, but doors will close firmly on Thursday, Sept. 26 at midnight. Don’t miss out. Join us today.

Once you surrender everything to God and begin walk out your journey, your life will never be the same again.