What Does It Take To Be Catapulted to Leadership?

The elderly black man used a cane to make his way to the podium, but when he opened his mouth all of heaven leaned in to listen. It erupted from somewhere deep within him and filled the room.

Even before he finished the last note, every person present was already on their feet in an enthusiastic applause. Instead of taking a bow, he turned his back to the audience, raised his hands to heaven and joined in the clapping arresting every person present with the knowledge he was giving all the credit for his performance to the God of the universe that dwelt inside him. 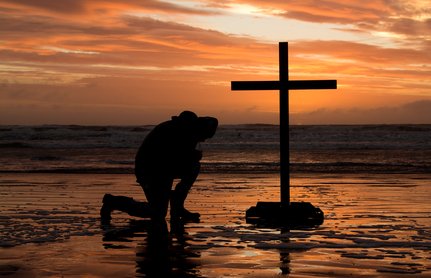 This unassuming man has since gone to be with the Lord. I don’t even remember his name. I was one of the organizers of the event, but one cannot orchestrate that kind of humility. He preached a sermon that day by that one simple act.

He said, as Joseph did in Genesis 41:16 when asked to interpret Pharoh’s dream, “I cannot do it, but God can.” Several years before Joseph had interpreted dreams for two fellow prisoners. The Pharoh’s cupbearer was one of those for whom Joseph interpreted a dream.

The cupbearer tells Pharoh and sends for Joseph, who is still in the dungeon. Joseph’s humility and honor for God are apparent when he boldly tells Pharoh, he can’t interpret dreams, but God can and will.

The very act of giving God credit “catapults Joseph to a position of authority,” Jeremy Risner, C2 pastor, said. “The purpose of his life unfolds as he becomes second-in-command in Egypt.”

Joseph’s rise to position, came through suffering and disgrace. At the beginning of his life he is the favorite son. His brothers are jealous of him especially when he tells them a dream that they bowed down to him.

Tired of his bragging and holier-than-thou attitude they sell him into slavery. It is interesting years later, after going through many different types of ups and downs, a dream is once again involved.

This time he has learned his lesson. He gives credit to God for interpreting the dream. He could have said, “Why yes, I have the gift of interpreting dreams. Just tell me your dream and I’ll interpret.”

Instead he gives God the credit instead of himself. Joseph has grown up a lot through the years. He’s now ready to be one of the most powerful men in his country. Just hours ago he was in the dungeon and now he is a commander of his country.

This kind of favor is not something Joseph ever believed would happen to him and yet, in God’s way of thinking, it is exactly the right time for him to be promoted. He had finally had the mindset shift it takes to be entrusted with leadership in God’s economy.

Joseph knew back in his childhood that he was destined for greatness. That dream comes true down the road, after he is well established in his role as a leader.

He could not have fulfilled the assignment God gave him without learning how great God is. All it took for him to become a leader was to surrender to his place as God’s instrument.

What Joseph learned was to move from being me-centered to being God-centered, Risner explained.

When his original dream comes true, he forgives his brothers and tells them, “You intended to harm me, but God intended it for good to accomplish what is now being done, the saving of many lives.”1

Had Joseph known where he was headed, he probably wouldn’t have gotten there. God had to teach him many lessons before he stepped into his God-given assignment.

He was sold into slavery, promoted, thrown into prison, promoted and thrown back into prisoner before his time to shine came.

Many times along the way, Joseph had reason to be angry and feel he was being treated unfairly. However, he stayed true to God. He recognized God’s authority in his life even though he might have orchestrated things differently if he were in charge.

“He could have said his suffering was a waste of time,” Risner said. “But nothing is wasted. God can use every circumstance to get us where we need to be and help us understand what we need to understand.2

“Jesus, give me spiritual eyes to see, hear and respond to what God is doing in my life.”

God will move your life from where it is to one of purpose, if you will surrender your right to be in charge to Him.

That purpose may be something as seemingly insignificant as turning your back on a standing ovation to make a point that God is now, and always will be, the One in charge. And by that very act of humility and focus on the Master, effect hundreds of lives.

That one demonstration had a profound effect on me. God wants every part of me, even the gifts He’s given me, surrendered to Him to use for His kingdom purpose.


Lord, Author the faith in me to believe that anything that comes my way, You can and will use for good when I am totally surrendered to You.