I’ve had a lot of good things in my life, but I’d trade all the good things I’ve ever had for the best thing—one more day with my Daddy. 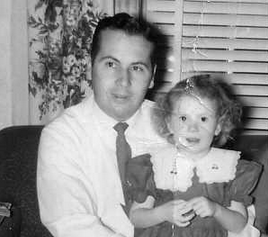 Daddy was one of those God-fearing family men. As long as he was alive, I knew I was covered with a cloud of prayer that followed me continually.

As a teenager, I remember coming home about at 10:30 pm or so. The house would be dark except for one small light in the living room. Daddy would be on his knees in front of the big black chair, a soft glow casting shadows on the worn pages of his Bible.

In his undershirt, jeans and barefoot, the tiny house on Spencer street was made holy ground as he gave God thanks and lifted each of us to throne.

I survived my high school and college days in the hippie era because of the safety net of my Daddy prayers. Prayer is a powerful thing. I believe Daddy’s prayers live on today. I know I am under the blessing of the life He lived.1

He was one of the best fathers even though he didn’t have a good earthly role model to follow. His father was a hired farm hand with six children and a problem with alcohol. He once told me that he learned to be a father by watching the Heavenly Father and reading the Road Map He left us.

As a kid Daddy saw the handwriting on the wall. Back at least three generations, the men in his family had issues with alcohol. He and his three brothers were destined to the same fate.

Yet, at the age of nine in a rural church, God’s favor reached down and chose a poor Missouri farm boy to be His. I’m convinced, no matter how theological it might be, that God’s favor especially rested on Ernest Franklin Shields.

The eyes of the Lord were searching to and fro to show Himself strong on behalf of one young boy whose heart was fully devoted to Him.1 He stopped and said, “That’s the one. I will teach him all he needs to know to be my minister.”

To make sure her children had food, my grandmother put them with families she knew in the close-knit community. It was one of those families that took my father to church where he met Jesus and his life’s destiny turned.

At 16 he went to live with relatives in California. There he became active in a church youth group. It was there God whispered a call to go into the ministry.

He followed a plan to get his Bible degree first by serving as a Marine in the Korean War. Then he used his GI bill to get a BS in Bible from Central Bible College.

He and my mother were married while he was in the Marines and I was born in 1953. He lived his life quietly impacting those he came in contact with. He served as a pastor for a few years, was always ready to do supply preaching and interim pastor work.

Mostly he worked full-time as a steamfitter at the University of Missouri to make sure his family had food on the table.

I knew my Dad’s passion for the ministry and I wondered if he had ever fulfilled it. He was never the pastor of a large church, a missionary or the director of a not-for-profit organization. He never spoke before thousands.

What I saw in my father was a life lived fully devoted to God. His passion for each person he came in contact with never waned.

At his funeral in 2005, I heard these following statements many times. “Your father was my friend when no one else would be my friend. I never heard your dad say an unkind word about anyone. Your father encouraged me when I was a young minister not knowing what to do.”

Daddy ministered to me, my brother and sister, my mother, his mother and his family, friends and anyone he ever met. He would minister to you if he were here today.

Yes, I’ve had a lot of good things in my life, but I’d trade all good things I’ve ever had for the best thing—one more day with my Daddy. 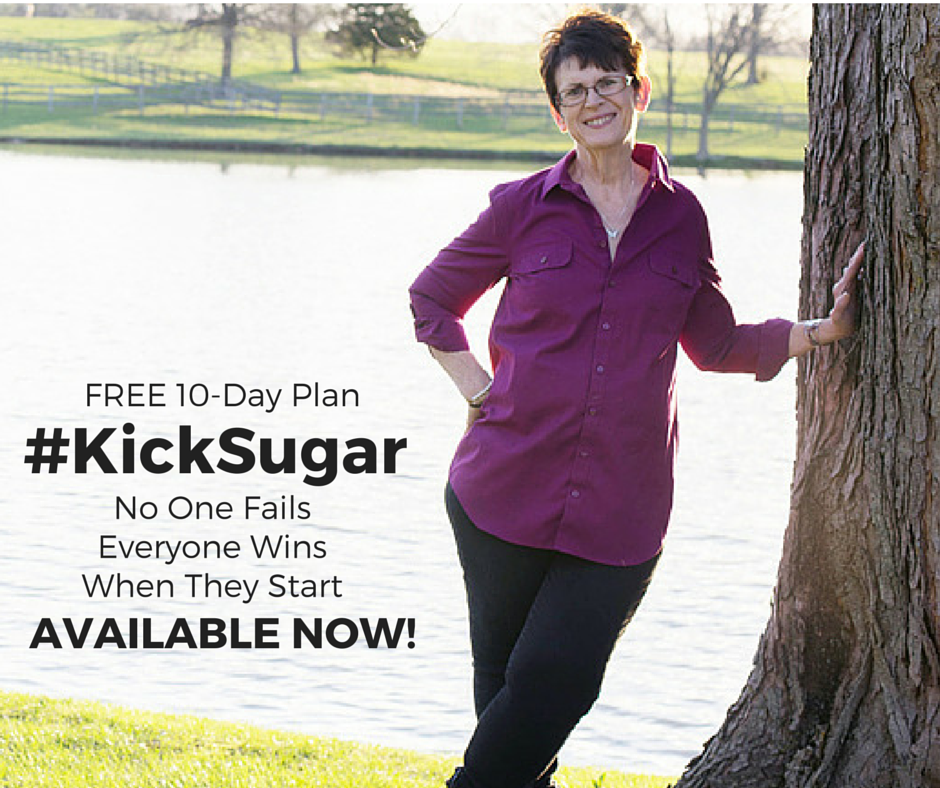 There’s no time line on signing up for the FREE #KickSugar 10-Day Plan. Do you want more energy, stamina and focus? This course will give you information, inspiration, recipes and focus on how to begin this process relying on the power of God. Giving up sugar is a process. It’s not done all at once, but there must be a time when you start on the journey. Make it today. You won’t regret it. Oh, yes and I give free gifts for everyone who completes the course.