How do you handle correction, instruction or criticism? Most people immediately become defensive when correction comes their way. As a writer, though, I’ve learned there is nothing as valuable as good editorial correction, but I didn’t always feel that way. Maybe you can relate. 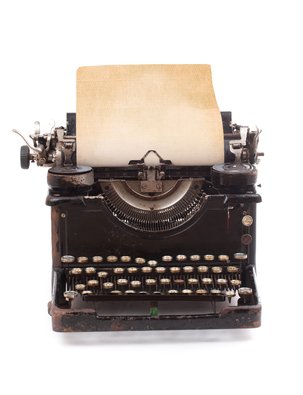 I didn’t always feel that way. A freshman journalism major, I was convinced Mr. Parrish, my adviser and major professor, thought I was a horrible writer. I wanted a perfect paper. I wanted a paper where everything was exactly as it should be, no red marks anywhere.

I was making B’s in his news writing 101 class. Worse than not getting an “A”, every assignment came back looking like Mr. Parrish had opened his veins all over it.

Most newspapers want articles to be ready for print as close to flawless as possible. Mine was far from perfect. I always had the wrong word, its instead of it’s, their instead of there. My verb tenses didn’t agree. I forgot attributions. I hadn’t checked facts. The list seemed too long.

I was further convinced of the despicable nature of my writing because my roommate and I would always get the exact same grade. Still, I knew her paper was better. She didn’t have a red mark anywhere.

When in doubt, run

In my wisdom, I decided to change my major. There was a problem. I needed Mr. Parrish’s signature on the request for change. I felt like Daniel being thrown into the lion’s den. The den, though, only included one huge lion with blood dripping off his sharp teeth.

Knees shaking, I entered his office. I didn’t speak. I just shoved the request across his desk hoping he’d just scribble his name and I’d be out of there, no spoken words exchanged.

“Why do you want to change majors?” He looked up at me, surprise written across his face. His voice was soft, almost fatherly. No blood dripped from his mouth.

“I am a horrible writer. I figure you must think so, too.”

“Why would you think that?” His face fell. He seemed sad. I was surprised. Still, I pressed on with my purpose.

“You bleed all over my papers. Dee gets the same grade and you don’t even make a mark on her paper.” Great, now I’m whining. I’m a baby and a horrible writer.

There was silence in the room. He came around the desk and sat in the chair across from me. For the first time, I saw him not as a lofty professor, but as real person. Finally, he spoke.

“Teresa, I take time to make suggestions on your papers because I know you will do something with your writing. I know you have a gift. If I didn’t think so, I would not take the time to help you become the best. Writing is clearly your passion. I want to help you develop that.”

I blinked. Did my major professor say I had a gift? He had an ability to see the bowl hidden in my lump of clay. He was helping to mold and shape me into something useful, productive and meaningful.

The time he spent correcting my papers was time he was investing in me. He was right. Dee didn’t even come back the school the next year.

Correction is not criticism

Mr. Parrish taught me the best lesson I learned in college. It has followed me throughout my life. Correction is not criticism, but an investment. Click to tweet.

From then on, I welcomed advise and correction from editors and proofreaders. Rejection letters with hand-written suggestions on improvement were also welcomed.

It’s the same wisdom, Solomon imparted. “If you reject criticism, you only harm yourself; but if you listen to correction, you grow in understanding” (Proverbs 15:32 NLT).

Without instruction there is no improvement

The person who learns to listen to instruction, correction, even criticism, is the one who wants to improve.  He or she is the better for the time someone took. Of course, every suggestion need not be implemented and it is important to only take advise from editors who know what they are talking about. Still, a talented editor, especially one who has your best interests at heart, is worth his or her weight in gold.

Stephen King, the prolific writer, says in his book, On Writing, “To write is human. To edit is divine.”

In actuality, Mr. Parrish was my first editor and a divine one at that. Thanks. Mr. Parrish, for spilling a little editor’s red blood for me.  I am certainly the better for it.

Who makes your work better?