A Person Worth Fighting For

Most people, even people who know they aren’t putting God first, want to think God is fighting for them all the time. The old saying, “There are no atheists in foxholes” is a case in point. The point is they don’t think about why God would show Himself strong on their behalf, they just figure He will if they cry out in desperation in a difficult situation. 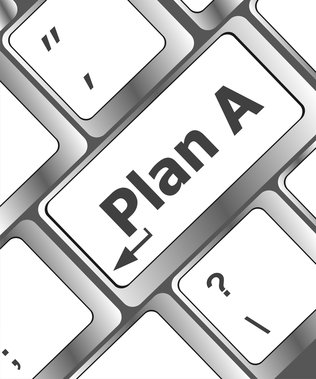 In the early part of his reign he “did what was pleasing and good in the sight of the Lord.”1

He had a huge army full of  “mighty men of courage.”2 During a critical battle, he went up an army almost twice the size of his. He didn’t back down, though.

He cried out to God and said, “There is none besides You to help, and it makes no difference to You whether the one You help is mighty or powerless. Help us, O Lord, our God! For we rely on you and we go against this multitude in Your name. O Lord, You are our God’ let no man prevail against You.”3

Yep, he was on top of the heap after winning that battle.

Then, a prophet told him something that made him a bit concerned. “The Lord is with you while you are with Him! If you seek Him [inquiring for and of Him, craving Him as your soul’s first necessity], you will find Him. But if you [become indifferent and] and forsake Him, He will forsake you.”4

Note the terminology the Amplified brings out. Seeking God doesn’t mean just asking Him a question. In actuality, the prophet is giving the king a message that God requires something more of him. He requires the king to crave Him. And not just to want Him, but to want Him as his soul’s first necessity, the One he goes to before anything else.

In other words, God is to be King Asa’s go-to Source, the One he automatically thinks of before thinking of any other solution. God is Plan A without a Plan B. God promises to come through for him IF he does this. It’s a pretty tall order when you think through all the ramifications.

King Asa listened and got to work rallying the people together. They entered into a covenant with God “to yearn for Him with all their heart’s desire and with all their soul.”5 I don’t think the king meant this to be a words only covenant. At the time, h really meant it.

The covenant was not tested with wars or difficulties because God kept His promise. The nation enjoyed a season of peace without war.

However, when King Asa saw that the king of Israel had begun building fortifications against his country, he got scared.

Without seeking God, as the prophet had told him years before, he bought an alliance with the neighboring country of Syria, paying in “silver and gold from the treasuries of the house of the Lord.”6

The move worked and the king of Israel abandoned the fortifications. It sounds like a great victory for King Asa who used his intelligence and craftiness to save his country, right?

Wrong! God didn’t see it quite that way.  After the battle, another prophet tells King Asa he was wrong to rely on anything other than God. After all, the nation was not at war, it just appeared they might be and even if they had gone to war, the prophet reminded King Asa of how God delivered them from the army that was twice as large.

“For the eyes of the Lord run to and fro throughout the whole earth to show Himself strong in behalf of those whose hearts are blameless toward Him. You have done foolishly in this; therefore, from now on you shall have wars.”7

I’ve always loved the first part of this scripture and had never really paid attention to the surrounding verses. I was really arrested by the implication. I don’t want to back out on God and be left to fight my own wars. God doesn’t want that either.

God is looking for people to fight for. These are people whose hearts are blameless, who seek after Him, who crave Him as their first and only go-to Source. That means that God is their Plan A without a Plan B. That means they put all their trust in Plan A, so much so that Plan B doesn’t even exist.

God is looking for faith-without-sight kind of people, who know only that God is their provision and only resource. Their education, personality, giftedness, abilities and experiences are all things God can and will use, but only if it is all laid on the altar in surrender to Him.

This is a really difficult thing to describe or even do. For me, it means sugar (feel free to substitute your addiction of choice) is no longer the way I find comfort or escape. God is my Plan A. If He doesn’t help me, then I remain helpless for Him.

I don’t want something else. I want only Him as my resource. I don’t want sugar to be strong on my behalf. What can that do besides get me in deeper bondage?

I desire more than anything to be a person God thinks is worth fighting for. If God shows Himself strong on my behalf, then even in my weakest state I am stronger than I was at my strongest on my own.

How does it happen? It only happens if I am seeking, craving God. I was made to crave Him and Him alone, as Lysa TerKeurst so aptly says.

Why do I run to anything else? God is first without a second. He is my Plan A without a Plan B. He is my Everything, my Rock, my Source. I crave only Him.

What do you do to make sure you are craving only God?