Who are you and what do you want?

Who are you and what do you want? These used to be difficult questions for me to answer.  These days it’s pretty much become second nature.  I was first genuinely asked those questions some 20  years ago.  Oh, others had asked me before that time, but I had learned to ignore them. 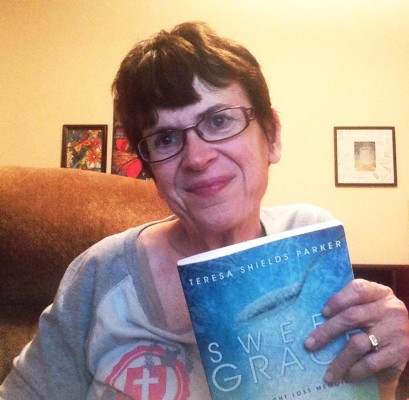 My mother was a loving person who got really exasperated with me at times.  One time when I was asking the same question for the 49th time, she raised her voice quite a few notches and asked, “WHAT do you want?” As a child I quickly learned to soften the voice of what I really wanted in order to give her, and all adults, what I thought they wanted—a little peace and quiet.

When I was 12, I had my first boyfriend.  I was head over heals in love.  I just knew we were going to get married and have 19 kids and counting (just kidding on the number).  It was a summer romance.  When he went to a different school in the fall, he found a new girlfriend and brought her to church with him.

Now you may think I was meaner than a junkyard dog to her, but no I had learned how to stuff my feelings. I became her friend. In the midst of doing what I thought was right, what I wanted became totally unnecessary.  “What DO you want?” I was beginning to think that was a question that a “good” person didn’t ask. Good people didn’t give in to their wants. Good people didn’t discuss their wants with their ex-boyfriend’s new girlfriend, that’s for sure. Just smile and go on.

I was supposed to carry on the family togetherness. It was supposed to, but who was I really? I was a wife, mother, daughter, grand-daughter, sister, aunt, writer, editor, church member, friend, but I who was I really?  Were any of those titles who I really was?  The question seemed to get more and more distant.  “What do YOU want?”  I didn’t even know who I was. How could I know what I wanted?

A plaque in my step great grandma’s kitchen said, “The hurrier I go, the behinder I get.”  At this point in my life, that saying seemed to sum up everything.  I was working harder than I probably ever have in my life before that time or since, but I felt like I was getting nowhere.

I remember praying this prayer:  “Lord, just give us enough money to pay our bills.”  I wanted to survive.  So, in essence, I knew something of what I wanted.  However, it didn’t feel like a want, it felt like a need.  “What do you WANT?”  I thought I knew but, I had no real idea.

So, 20 years ago when another woman stepped into my face and demanded the answer to the question, I was somewhat taken aback.  The asking was done in love and required a truthful answer. She wasn’t going away.  She was staying until I worked through every word in that question, until I knew. It was almost like she whisper-yelled it to me. “What do you want?”

“What” involved the possibility that it was OK for me to even be asking the question.

“Do” represented the reality that there were things that were OK for me to have.

“You” meant that the Creator fashioned me in a uniquely profound way to have impact on this earth.

“Want” said that all the universe was holding its breath waiting for desires and dreams within me to be unleashed. That’s a WOW!

What do I want? My answer to that 20 years ago went something like this, I want to write a book that makes a difference. So, Pat Hardesty, who was asking the question asked another. What kind of woman could have what you want?

This brought up an entirely new set of thought processes. It made me look at what kind of person I was at the time. The biggest issue staring back at me from the mirror was 430 pounds of excess flesh. I was constantly tired. I couldn’t muster any energy past getting done what was necessary for survival.

Even if I had energy or a free day, my brain was cloudy, foggy and pretty much unuseable for anything other than rote activities. Oh yes, I was a writer, but as a journalist I knew how to ask questions and put others answers together in a way that made sense. That was easy for me to do. Coming up with anything creative was much more difficult.

I knew instantly what kind of woman could have what I wanted. Earlier I had heard the word holy being defined as whole and healthy. I needed to be whole—body, soul and spirit. I needed to be healthy in all areas. And I needed to be happy with myself. I wasn’t happy because I knew I had to get a handle on my body issues.

So that was my answer. I want to be a whole, healthy, happy woman.

In order to become this person, I had to state it in the present tense as a kind of prophetic declaration. I am a whole, healthy, happy woman.

Today, my answer of what I want is different because I’ve already written a book that is making a difference. It’s so interesting that the book, Sweet Grace,  happens to be about my weight loss of 250 pounds.

God does have a way of working all things together for our good.1 That’s for sure.

Who I am has not changed. I  made a slight adjustment in wording of my original statement to reflect what I wanted to say 20 years ago but was too ashamed because I wasn’t being obedient to what God had told me regarding losing weight. Today, though, I can say with confidence: I am a whole, healthy, happy daughter of the King.

Twenty years ago I made that prophetic declaration. Through the years, I’ve fully stepped into that declaration. I could add words like free, focused, enthusiastic, loving, compassionate, centered, but those just further define the original statement.

What I want grows out of who I am. What I want may change, but who I am remains the same.

What do you want? What kind of person could have what you want. Who are are you?